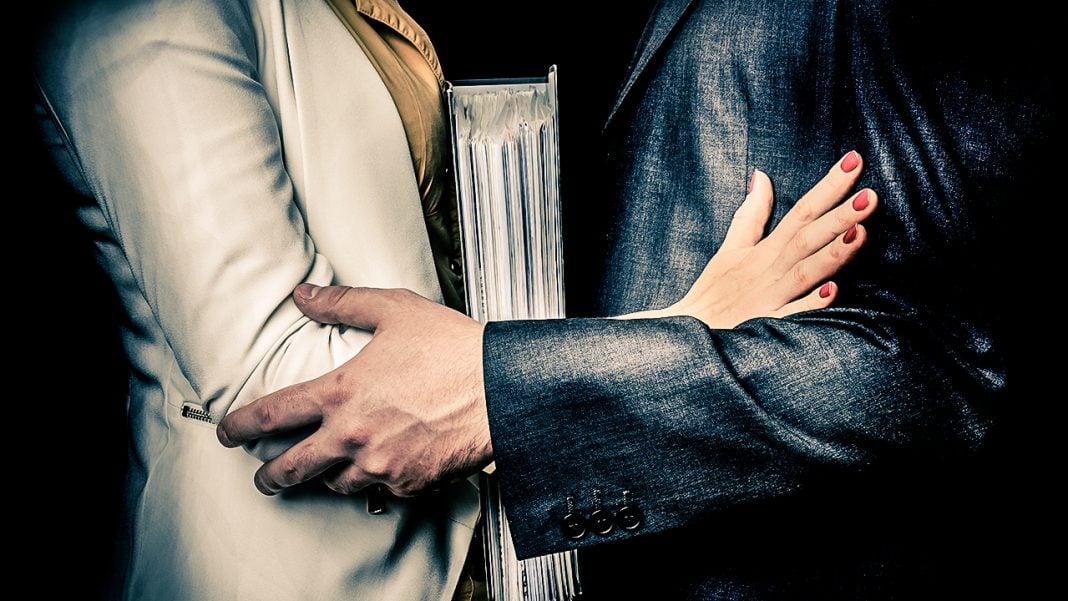 According to a former Congressional intern in an interview with Vox.com, most interns in Washington, D.C. are forced to sign non-disclosure agreements which has prevented many current and former aides from coming forward with allegations of sexual misconduct and harassment by members of Congress. This also helps explain why so much money was paid out to the victims over the years without a peep from the media – Congress had been hiding it all along. Ring of Fire’s Farron Cousins discusses this.

Recently, a former congressional intern did an interview with Vox where she talked about the fact that congressional interns both past and present have been asked to sign nondisclosure forms before being able to accept a position as a staff member for a member of Congress, member of the senate. What this means is that these nondisclosure forms mean that these aides, these unpaid interns basically, they cannot reveal anything that happens during their time working for a member of Congress. While Congress claims this is because sometimes they have to handle classified information and prepare reports for us that the general public can’t necessarily see, we don’t want them going and blabbing about it. That would be understandable if that was actually the case. But according to this staffer, former intern I should say, what it’s really about is preventing these interns from coming forward with allegations of sexual misconduct against members of Congress.

The woman interviewed by Vox actually had to wait 21 years before she was able to come out with allegations of sexual misconduct against a member of Congress. To be honest, this makes perfect sense because, as we recently discovered, Congress has paid out tens of millions of dollars in taxpayer money to quietly settle sexual harassment or sexual assault lawsuits against members of Congress by members of their staff. We never heard about it all this time and this is why. They’re forcing these people to sign these nondisclosure agreements so that they can’t go and go public with the disgusting behavior of some of these people up on Capitol Hill. That’s what this is about. This isn’t about protecting state secret or classified information. This is about protecting the campaigns of those disgusting pigs that we have running around in Congress. Yes, if you’re going around sexually harassing or assaulting your interns and your aides and your staffers, then, yeah, you’re a pig. There’s no other way to define you at that point.

Forcing these people to remain quiet about it and using our tax dollars to pay them off at the end, that’s even more pig-ish than the act itself. You’re forcing these people to stay quiet. You’re telling them that it’s against the law for them to come forward so you better shut up and just deal with it. You’re taking away part of these people’s lives. That’s what this is about. Congress, and this is both Democrats and Republicans, don’t seem to have a problem with this and people still wonder why it takes so long sometimes for victims to come forward with allegations of sexual abuse. Well, in the case of Congress, we just found out why.