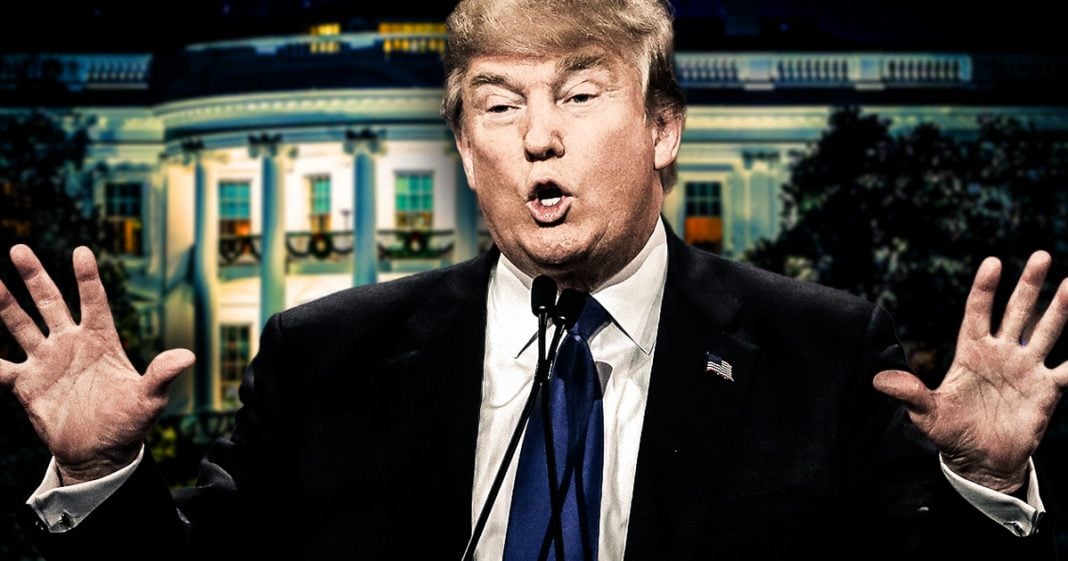 There is absolutely no question that times are tough for the Trump White House. Between resignations, investigations, and potential plea deals being made with former members of the team, the White House is in complete disarray. But that didn’t stop Trump from taking to Twitter this week to proudly proclaim that all reports of chaos are “fake news”. Ring of Fire’s Farron Cousins discusses this.

There’s no question whatsoever that The White House is in complete disarray these days. News reports have come out saying that The White House is absolutely in chaos and yes, they’re 100% right. Between the ongoing special prosecutor’s investigation, the IRS investigation into Jared Kushner, the FBI investigation into Ivanka Trump, the constant resignations, the fact that Donald Trump in his first year of office had more turnover, a higher turnover rate, more people left his administration in the first year than any other first year administration in history, the number of times Donald Trump just leaves his office to go play golf, his rage tweeting Fox & Friends every morning. All of those things point to a White House that really isn’t functioning on all cylinders.

In spite of that, in spite of the reports and in spite of the very obvious fact that things aren’t working properly in The White House, earlier this week Donald Trump tweeted out the following, “The new fake news narrative is that there is chaos in The White House. Wrong! People will always come and go, and I want strong dialogue before making a final decision,” whatever that means. “I still have some people that I want to change, always seeking perfection. There is no chaos, only great energy.” I’m wondering if when he says, “There’s still some people I want to change,” if he means Jared and Ivanka because as reports have shown us recently, he’s actually asked John Kelly to get on that to make sure they get out of the Oval Office. He doesn’t want them working at The White House anymore.

There’s also been reports recently that John Kelly and HR McMaster, the national security advisor, might be leaving the administration soon. We’ve also seen recent reports of White House staffers actively trying to find other jobs only to find out that nobody in D.C. wants to hire anybody that’s worked for the Trump administration. This is not about just seeking perfection, Donald. This is about the fact that nobody wants to work with you, and the few people who do want to work with you, Jared and Ivanka, are under criminal investigations by multiple different agencies in the United States. Yeah, the people who might be a worth a little bit, who might be of somewhat value, they want to get the hell out of there. The people who think they might go to prison are the ones who want to stay because that’s the kind of people that you attract.

Then, of course, you’ve got Kellyanne Conway and Sarah Huckabee Sanders whose job it is to basically just lie on your behalf, and lie for the administration, and paint a rosy picture on the giant pile of crap that is the current White House administration. There is chaos. You can rage tweet the United States people all you want, but we see what’s happening. We understand at a level that you’re not giving us credit for. We know that things are falling apart. The more you tweet saying that they’re not just makes us think that things are much worse than what we’re already seeing.