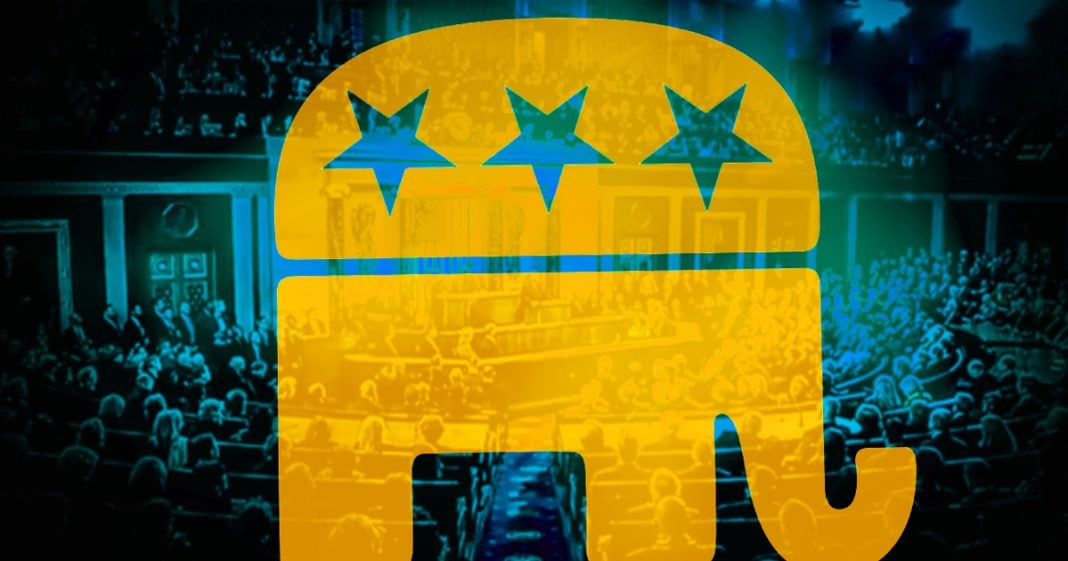 Republicans in Washington, D.C. have decided that the best action on important issues facing Congress is to take absolutely no action, and they’ve kicked important issues like gun control and immigration down the road indefinitely. Instead, they have said that they want to take up “messaging bills” that they believe won’t offend their base ahead of the 2018 midterms. This means that all of the major problems that need to be solved will have to wait until we get some actual grown ups in Congress, as Ring of Fire’s Farron Cousins explains.

In case you’re wondering what’s happened to the issue of gun control in Washington DC, in the House and Senate, the answer is nothing. We’re now a few weeks passed the Parkland, Florida mass shooting and so Republicans in Congress are already thinking, “You know what, enough time has passed, we can just kick this gun control issue out the window indefinitely. And hopefully for them, never have to get back to it. We’ll just wait until the next one happens and then we’ll pay lip service, offer thoughts and prayers and then not really do anything.”

That’s not just speculation based on what we’re seeing, that’s pretty much what Republicans have told the press in the last few days. According to reports, Republicans have decided to kick the can down the road on all important issues. Instead, they’re focusing their energy for the remainder of this year, at least up until the midterms, on what they call messaging bills. So what message are they trying to send? Well, you need look no further than one of the bills that is a banking deregulation bill that’s actually supported by no fewer than 12 Democrats in the US Senate.

That’s what they’re working on. They don’t want to tackle real issues and real problems, like people being deported by the hundreds of thousands. Or students being slaughtered by the dozen while they’re going to school. No, they want to work on the issues that matter most to their campaign funds, which is, making sure that banks keep even more money to themselves and that we loosen the laws on them a little bit so that if they want to break the law, if they want to do some of the same shady stuff that led us into the massive recession of 2007, 2008, then let’s just let them do that because we’re idiots anyway.

That is the mentality of Republicans in Washington DC. First two months of this year, January, February, they actually kind of acted like they were going to do some stuff about some things and then now, nothing. It’s going to be that way until the midterms, because they cannot risk doing anything to piss off their hyper vigilant Republican alt right base. Even though majority of people in this country want a deal worked out on the dreamers and DACA. A majority of people in this country want a ban on assault weapons, they want longer waiting periods for guns so people have a cooling off period. They want Congress to do something about gun control.

But that tiny slim, little sliver of a margin of people who don’t want those kinds of things and many others, those are the ones that Republicans are pandering too. Those are the people who make up the slimmest of the slim when it comes to minority of American voters, that 100% of our Congress in now catering to. This country is being held hostage by right wing extremists in the United States. And Congress has decided to paralyze itself so that they don’t piss those people off. Well guess what, you might not piss off that 2% or 3% that don’t want any of this stuff to happen, but now you’ve gone ahead and pissed off the other 90% of us. And I can promise you, that’s really not going to work out too well for you in the 2018 midterms.