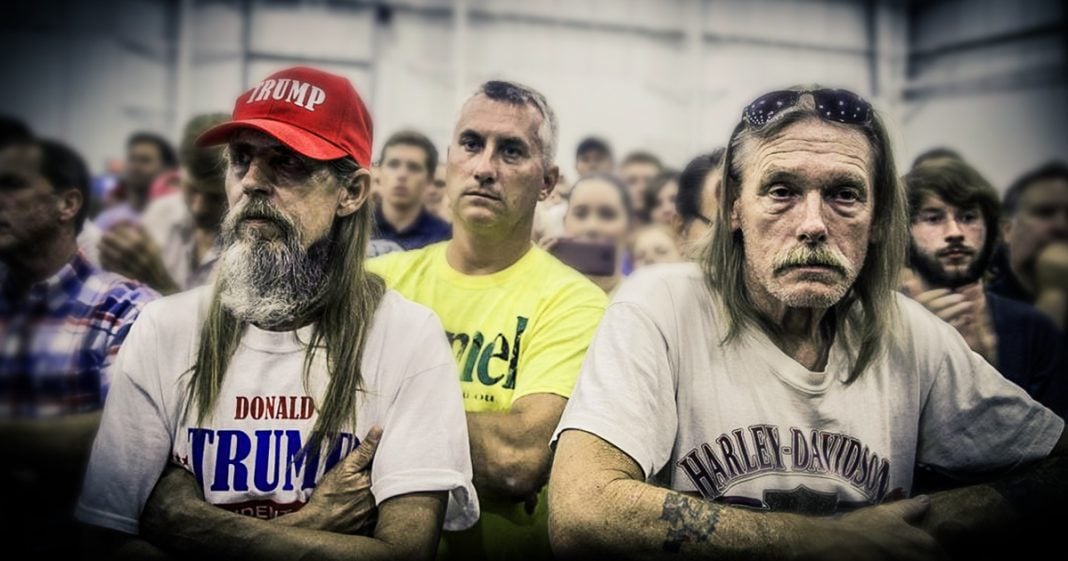 According to a recent report in The Washingtonian, conservative men in DC and elsewhere are complaining about the fact that women don’t want to date them because they support Donald Trump. These men claim that it is like having a “black mark” on them that makes women run away. The truth is that most women probably don’t want to date someone that embraces misogyny, racism, and bigotry in the ways that Donald Trump has. Ring of Fire’s Farron Cousins discusses this.

According to what these men told the Washingtonian, that because they are Trump supporters, women simply don’t want to date them. They said, “It’s like having a black mark on you that makes women just run away from you as soon as they find out that you’re a Donald Trump supporter.” They’re whining about this, they’re complaining, “Oh poor us, we can’t get a date, and we don’t know why other than maybe these women just don’t like Donald Trump.”

Now those are just guesses, right off the top of my head. Maybe it has something to do with the overt racism coming out of Donald Trump and his administration. Maybe it’s the constant bigotry. Maybe it’s the fact that he called neo-Nazis, “Some very fine people.”

Whatever it is, these women have every right to not date you based on your political beliefs. That’s not discrimination, that’s showing good taste and class, and that’s what’s happening in this instance. So you can whine and cry all you want about women not wanting to date you, but when you’re a horrible person and you support other horrible people like Donald Trump, that’s pretty much what you deserve out of your dating life.