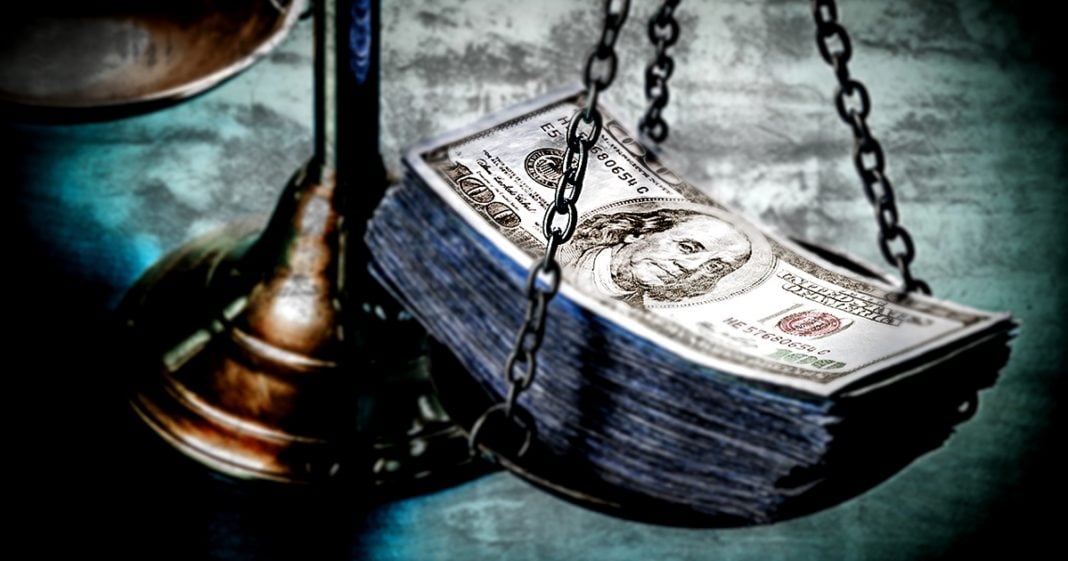 A new analysis has found that only 6% of the tax break money that wealthy corporations have received has made its way into the pockets of the employees in the form of either raises or bonuses. Not long ago, a survey of corporations found that the average amount of the ta savings that corporations promised would go back to their workers was around 13%. That lie has been busted, as have the Republican talking points about this plan being about giving American workers a raise. Ring of Fire’s Farron Cousins discusses this.

Just a few weeks ago, corporations announced that on average, they were going to devote about 13% of their Republican tax cut money to their employees in the form of either wage increases, raises, bonuses, benefit increases, paid time off, things like that. 13%. Pretty much across the board, because that was the average.

But in reality, according to a new analysis, fewer than 6% of American workers working for companies who received these tax breaks from the Republican party, fewer than 6% have seen any kind of increase in their pay, be it wage increase or bonus, or benefit increase. Fewer than 6%. So, not only were corporations obviously lying in that previous poll, when they were saying how much they would give back to their employees, but now that we know that only 6% have gotten anything, we know that both the Republican trickle down lie is a scam, and that corporations can’t be trusted to tell the truth, when asked about a simple poll.

Do you know where the remaining 94% of that money has gone, by the way? That they’ve gotten from Republican tax cuts. It’s gotten to things like that stock buybacks. It’s gone to dividends to shareholders. 94% of the money that they have saved is not going to the workers, it’s not going to expand their businesses, it’s not going to make their products better, or to innovate. It’s literally being put in already rich guy’s pockets. That is what everybody who paid attention for the last 30 years said would happen, and guess what? Now it’s happening.

Republicans are going to try to ride this wave of people got bonuses a few times, all the way through the midterms. Paul Ryan is still out there today tweeting about how great it is that people are getting raises from this tax cut, how great it is that they got bonuses. Sarah Huckabee Sanders doing the same thing, Donald Trump, all of ’em. Because they want you to think that it’s actually happening to people, but unless you’re part of that 6%, you won’t get anything.

You may get yourself a personal tax cut in your taxes, but keep in mind that that’s going to expire in about a year, and then your taxes go right back to where they were, but those corporate tax breaks, and those tax breaks for the already wealthy? They get to keep theirs forever, until a democratic President comes in, with a democratic house and a democratic Congress, and says, “Guess what guys? Party’s over. You’re going to pay your fair share now. We’re going to give real tax relief to American citizens, not to the people who can afford to pay a little bit more in taxes, to help fund this country and keep it running.”

Republicans don’t want you to understand that. They want you to think that you’re eventually going to get that tax cut raised, maybe not this year, but it’s going to be next year, and if not then, then I promise you the year after, or maybe five years down the road. But it’ll come, don’t worry. Trickle down is coming. No, it’s not. Nothing trickles down from the Republican party. Nothing trickles down from corporations. It’s been put into practice too many times, and yielded the same results every single time.

Corporations use the money to keep themselves wealthy, the American workers get nothing, and it will always be that way, because trickle down economics is a complete and total fraud. Just like many Republicans in D.C. today.