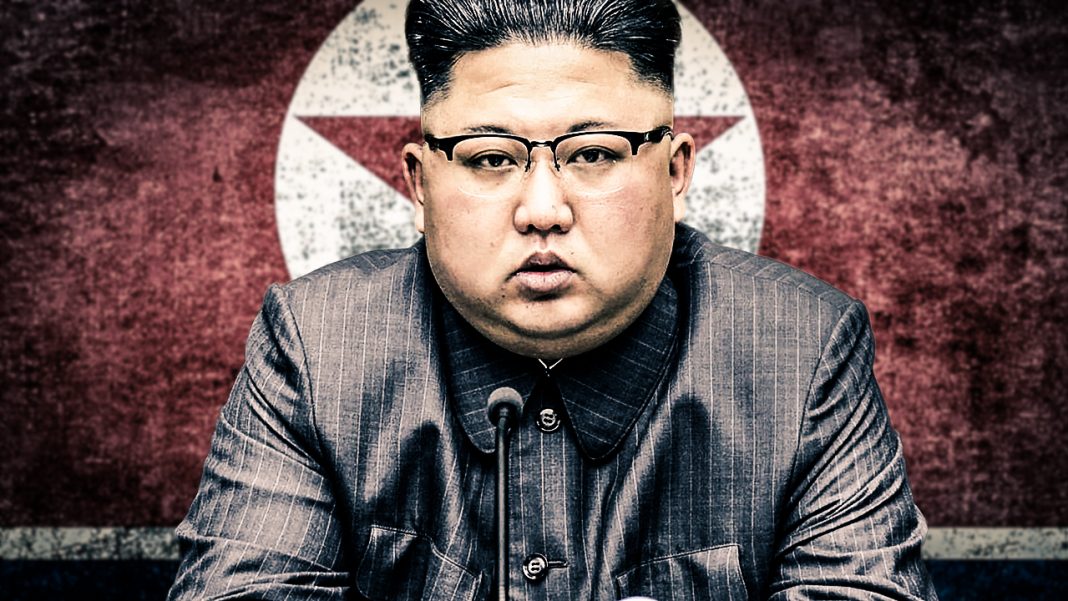 Donald Trump has agreed to have a meeting with Kim Jong-Un in Pyongyang, North Korea at some point between now and the month of May. Some are heralding this as a breakthrough, while others claim that it is giving North Korea exactly what it has always wanted – to be treated as a global equal to the US. Ring of Fire’s Farron Cousins explains the pros and cons of this meeting.

On Thursday evening it was announced that Donald Trump had accepted an invitation from Kim Jong-un, to meet with him in North Korea. Obviously the talking between the two countries is very important. However, this meeting, as it is currently set is a very bad, but first and foremost, let’s get something out of the way real quick. Donald Trump is attempting to take credit for the fact that Kim Jong-un called him and said, “Let’s do this meeting.” Donald Trump is taking that as a sign that he is a strong leader and that Kim Jong-un wants to meet with him because he understands Donald Trump’s not the guy that’s messing around. Well it was actually South Korea that facilitated these talks and this particular meeting. Not to mention the fact that North Korea has actually reached out to every single past president since Bill Clinton to have talks with the President of the United States. In the nineties, Bill Clinton actually set up the unified agreement … I forget specifically what it was called, but it was an agreement between the US and North Korea to make things better between the two countries.

Then Bush came along, listed North Korea as part of our access of evil and that’s what kind of led to communications between the two countries down irreparably. Nonetheless, Donald Trump has agreed to go this meeting and it is a very bad idea, not just because Donald Trump would be going to North Korea representing the United States and all of the potential dangers that would come along with it for him personally being in North Korea. The problem and the reason that past presidents refused when they were invited to North Korea to meet with the leader, whether it be Kim Jong-il or Kim Jong-un, is because it legitimizes that person’s power in the eyes of the rest of the world, but more importantly, in the eyes of that leader themselves. It puts them on the same playing field as the United States. Kim Jong-un is not inviting Donald Trump over to have some talks about negotiations about de nuking, as Trump says. It’s about to show off their power. They want to show Donald Trump what their weapons are capable of doing.

They want to show that they are just as powerful as the United States and that they are not afraid of the United States. If Donald Trump does go over there and meet with him, he legitimizes their power and puts the US in a very bad position. Let’s go the other way. Let’s assume that that’s not even the case. Let’s assume North Korea actually does want to sit down and talk. Is Donald Trump really the best person to go over there and do that? I mean there are lists going around in the news today about all of the times that Donald Trump has personally insulted Kim Jong-un on Twitter. We know that Kim Jong-un has thrown quite a few insults back at Donald Trump, so I don’t think this is going to be an amicable meeting between the two leaders. I think that however you slice it, there is no good outcome from this particular meeting. We do need to have talks with North Korea. That is 100% true, but we do not send the President of the United States, especially if it’s Donald Trump, over there to do it.

We could send Jared Kushner, maybe have somebody smarter than him speaking through an ear piece in his ear the whole time, so he doesn’t screw it up, but Jared Kushner seems like an expendable asset for the White House at this point. We could send Rex Tillerson. Yeah, he sucks at foreign policy, but he is Secretary of State so that title holds a little bit of weight, not as much as President of the United States, so it doesn’t legitimize their power quite as much. The bottom line is that anybody else could of gone over there and done this, not just right now but for years, and years, and years past. They refused to do it because they understood that this isn’t about negotiating with a country. This is about Kim Jong-un and previously Kim Jong-il showing that they’re just as powerful as the United States.