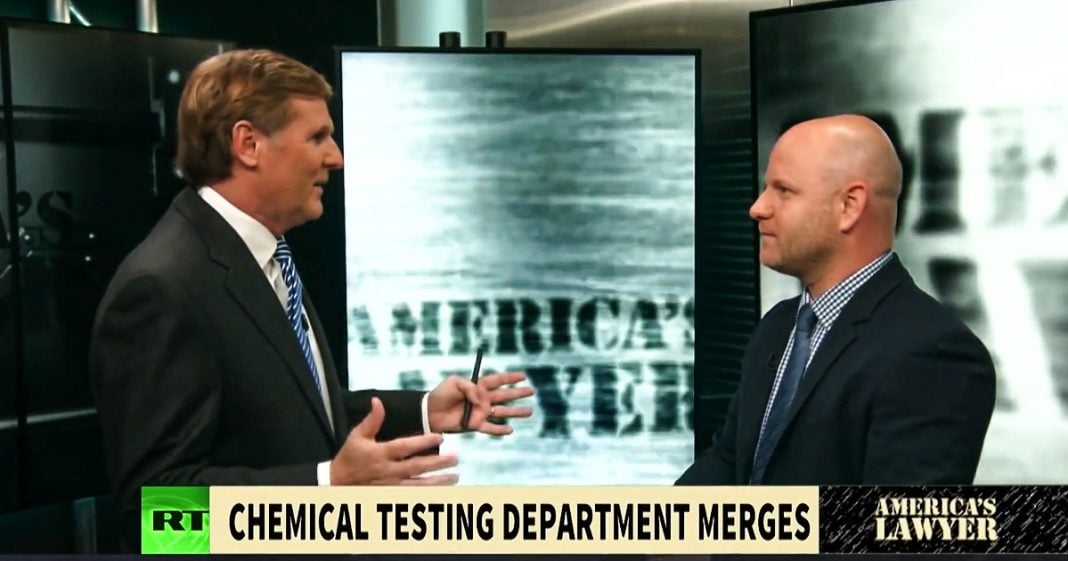 Via America’s Lawyer: Mike Papantonio is joined by Farron Cousins to talk about a proposal from the EPA to merge an office that tests chemical exposure on people.

Mike Papantonio: A government environmental office that works to test the effects of chemical exposure on people is no longer going to be able to operate as an independent department. Really. That’s where this is headed. The EPA made this announcement saying it’s going to merge this office with other departments in order to create more efficiency, but a former EPA official under President Bush says, “Don’t be fooled. Their real plan is aimed at getting rid of some of the agency’s programs.”

Joining me to talk about this is Farron Cousins, executive editor for The Trial Lawyer magazine.

Farron Cousins: Oh, absolutely. You know, when the budget first came out not that long ago, there was tens of millions of dollars cut from this EPA budget, and now they tell us that this restructuring is all part of that. “We’re gonna bring everybody in under the same roof. You’re not gonna have your National Center for Environmental research. Instead, we’re gonna put you with the FOIA people, the people that handle the Freedom of Information Act requests.”

But that National Center for Environmental Research part, the big program that they’re moving, is what actually tracks and assesses and does the scientific research about what these corporate toxins that corporations are dumping into our water and our air, what those do to the health of children. While they’re calling it a restructure, what it really is is saying, “We’re not gonna look at what corporations are doing to our children because, quite frankly, we just don’t want to know about it.”

Mike Papantonio: Yeah. What should we expect from the EPA in three years after all this works out exactly the way that this, again, predatory administration wants it to work out? I mean, we know where they’re going with it. Corporations are going to be able to say whatever they want about a pesticide or chemical.

Farron Cousins: Exactly. The EPA, they’ve already been kicking scientists out of the agency for the past year and replacing them with people from industry. You know, the scientific advisory panels, they’re getting rid of the scientists because they want CEOs in those positions. So what’s going to happen, the EPA’s going to become a tool of industry. I don’t know what’s going to happen with them, but I can guarantee you, 10 years from now, you’re going to be doing cases and looking through documents and you’re going to find an email that’s going to say, “Look. We know this is killing people, but don’t worry. Our guy X is in the EPA and he’s gonna make this okay for us.”

Mike Papantonio: Farron, I’m glad you’re writing about this story, keeping up with this story. You’ve done a couple stories on this in Trial Lawyer Magazine and you’ve done a great job. Keep on this one.