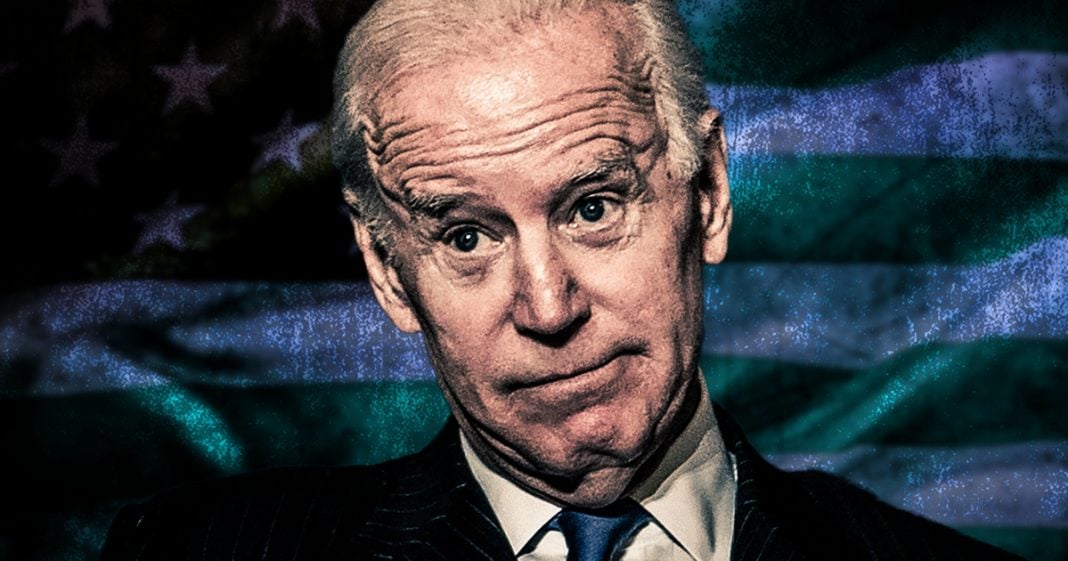 Aides of former Vice President Joe Biden have told Politico that Joe Biden is running through a myriad of options about running for President in 2020, but all of those options seem to pointing towards a run at some point. Is this the best that the Democratic Party has to offer? Can’t they find someone a little younger and maybe add a fresh face instead of the political status quo? Ring of Fire’s Farron Cousins explains the pros and cons of a Biden run.

According to recent interviews given to politico, aids to former vice president, Joe Biden have said that the vice president is absolutely pretty much preparing for a 2020 presidential run, and that he’s actually going through several different scenarios in which he could announce his campaign. They’re basically trying to decide if they want to announce their campaign now, and then make all of the other candidates have to be centered around Joe Biden; or should they do something crazy and wait until after the voting in Iowa and New Hampshire, and then announce that Joe Biden’s running so that he doesn’t have to waste his time with those states. They’re, basically according to these aids, playing with a million different scenarios, under which Joe Biden could announce that he’s running for president in 2020. All signs, which likely point that Joe Biden is definitely going to run for president in 2020.

My question for the democratic party is, is that the best you got? Is this really where we want to be when we approach the 2020 presidential elections? Rehashing the same old faces, the same old names, with the same old policies running against a guy who’s basically bullet proof at this point? In terms of scandals actually effecting his electability. We need somebody out there who’s a little bit tougher, who’s a little bit fresher, who’s a little bit more energizing, and who has better policies. And that’s the most important one. We know what to expect from Joe Biden.

Personally, as a human being, I like Joe Biden. He was my first choice during the primaries of 2008. But times have changed a lot in the last decade since 2008, and I do not believe that Joe Biden would be the best possible democratic candidate. I don’t know who the best democratic candidate would be at this point, and to be honest I don’t know that I even know of them yet. I think it’s going to be somebody that we don’t expect, somebody whose name is not well known. And to be honest, I think that’s what we need. I think we need somebody with fresh ideas, maybe somebody a little bit younger, maybe somebody who understands the struggles of millennials and the younger generation, maybe somebody who hasn’t been born and bred into American politics and is actually an outsider, somebody that hasn’t been a millionaire or billionaire at any point in their life, somebody that’s actually gone to the grocery and not had enough money to pay for what was in their cart. That’s the kind of person we need as president, somebody that understands the actual struggles of average American citizens.

Joe Biden is a fairly decent politician, and I wouldn’t agree with everything that he would do as president, but I do think he would do some good things. But I think overall his time has passed. If he wanted to run for president, he had his opportunity in 2016, and he declined it. That was his decision, and I know we can’t stop him from running in 2020, but I think we should continue looking for a better candidate to center the 2020 presidential election around; and make all the other candidates adapt to that persons policies, instead of everybody going towards a more centrist corporate Dem who’s a good fighter, but not that great of a politician.