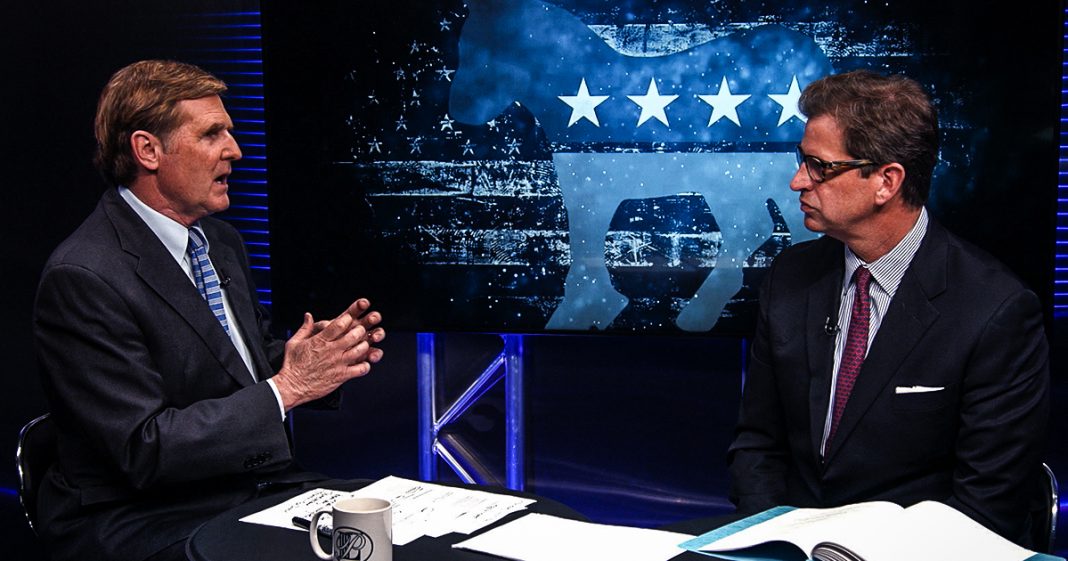 Democrats are siding with Republicans and Wall Street Bankers on the issue of racial discrimination, and at least one dozen Senate Democrats have sponsored legislation that would prevent the government from monitoring discriminator lending practices of big banks, even when they over-charge minorities for the same services that they are giving to white people. Ring of Fire’s Mike Papantonio and Peter Mougey discuss this.

Mike Papantonio: Democrats are siding with Republicans and Wall Street bankers on the issue of racial discrimination. Really, this is really happening. At least one dozen senate Democrats have sponsored legislation that would prevent government from monitoring discrimination when it comes to lending practices of big banks, even when they overcharge minorities for the exact same services that they’re giving to white people.

You know, this is a Tim Caine story. When Tim Caine ran under the Hilary Clinton ticket for vice president, this was the hit on the guy. He is a Wall Street corrupt Democrat, he is a Cory Booker kind of Democrat. He’s just like the rest of the Democratic Wall Street types, that have now run Bernie, have run him out of leadership. They have consumed the Democratic party.

What’s your take on this story? I mean this is so clear.

Peter Mougey: The take again is just money talks. I mean at the end of the day it doesn’t matter what industry, we’ve just hit the HCA, we hit the hospitals, you hit Wall Street. Wall Streets money, that they’re driving into political campaigns, it just permeates parties. It doesn’t even matter.

Mike Papantonio: Here what you’ve got though is you’ve got the CFPB trying to say we need to protect people that are scammed because they’re a minority. In other words A and B, white, black, black is going to end up paying $10,000 more than white because they’re black.

Mike Papantonio: So the CFPB comes in and says we can’t do that, Democrats are the people who lead the charge in this, and they say oh, we have to protect our Wall Street buddies. Tim Caine, along with the other Corey Booker types start saying you know, gee whizz …

Peter Mougey: Senator Warren said “No Republican or Democrat should be in favor of this thing. At the end of the day this is just patently fair to make sure that people get the same deals no matter white or black.”

Mike Papantonio: But how many Warren’s are left in up there?

Mike Papantonio: Yeah, the rest of them are the Schumer’s, the Tim Caine’s, the Corey Booker’s, all the Wall Street Democrats.

Mike Papantonio: If you’re a Democrat, I’m an independent so I have an easy time talking about this, if you’re an independent and you’re objectively looking at this, you know, you need to consider it’s both parties nowadays man, it’s not just one party.

Mike Papantonio: When it comes to issues like this now Democrats are better on social issues, but buddy when it comes to table talk and money issues …

Peter Mougey: You know, but you go back to all this Dodd-Frank in 2010, 2010 this was supposed to protect consumers. That’s gone out the window.