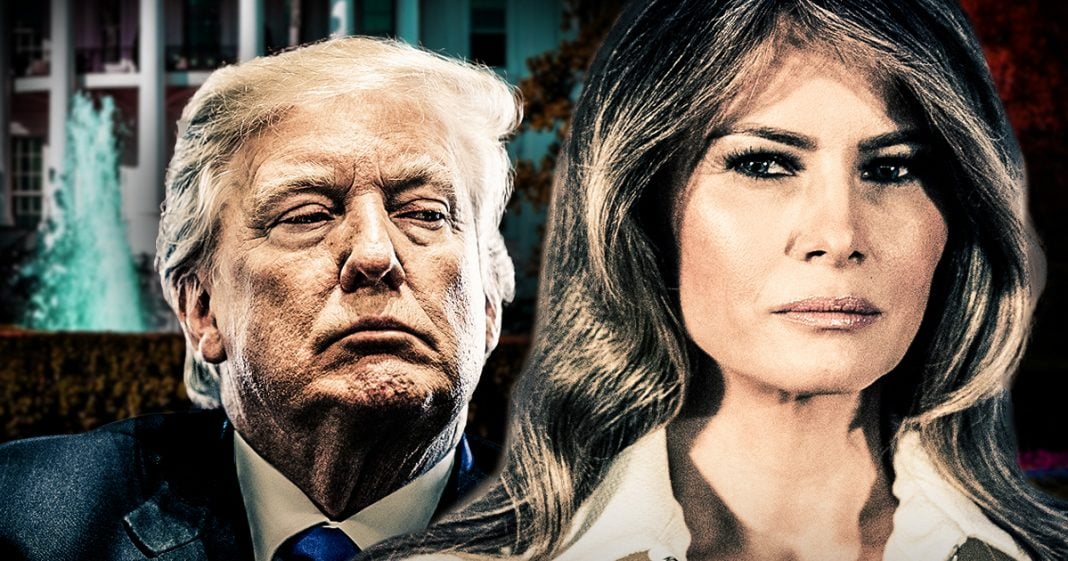 During a recent speech to friends, allies, and donors, Donald Trump jokingly talked about all of the staff members that were leaving the White House, and jokingly suggested that Melania might be next. According to those closes to Melania, the joke did not sit well with the First Lady, and with the increasing attention that Trump’s affair is receiving, his joke may soon become a reality. Ring of Fire’s Farron Cousins discusses this.

A few days ago, at the annual Grid Iron dinner in Washington D.C., Donald Trump got up on stage and kind of gave a bit of a humorous speech, if you will. He was addressing the fact that obviously a lot of members of his staff have either been fired or resigned, so he joked about the fact that everybody’s asking him, “Who’s next? Who’s gonna be the next one to leave the White House?”

And then he said, you know, “Is it gonna be Steve Miller, or maybe even Melania?” And the crowd thought it was pretty humorous that he joked about Melania leaving him, but there was one person in that audience who didn’t find it very funny, and that person happens to be Melania Trump.

In the last month or so, Melania Trump’s marriage has been thrust into the spotlight of American politics. We saw her at the State of the Union, not really clapping for him, staring at him with disdain throughout his entire speech, she canceled several trips with him in the last month, month and a half, that we know of, and now with the Stormy Daniels story coming out in full force with the evidence mounting, showing that Donald Trump likely knew about the payment that his lawyer made to the adult film star, Melania is in a bad place.

Now that’s not coming from me, that’s actually coming from a recent report where those closest to Melania admit that she is furious with Donald Trump, not just about the affair, but about that joke he made at the annual Grid Iron dinner in D.C. Melania is a private person, but now that she’s the First Lady, she suddenly is in the immediate spotlight, and the fact that her husband happens to be a chauvinist pig is not helping her situation of trying to keep details about her marriage private.

We know that Donald Trump had an affair with an adult film star. We know that he is facing sexual misconduct allegations from at least 19 women in this country, possibly even more, some of them who’ve told their stories in gross detail. Melania Trump has to live with all of that, and she’s not very happy about that. The aides closest to her say that she is growing furious, she’s unhappy, she doesn’t like the attention, and she certainly doesn’t like all of these breaking news stories about her husband’s disgusting sexual habits.

So maybe Donald Trump was right, maybe Melania will be the next person to leave the White House. In my opinion, she should be. As First Lady of the United States, you do have a responsibility to go out there and make a difference, to kind of come up with a project. I know she said she wants to tackle bullying, but the biggest bully of all is her husband, and the way she could really tackle that problem is to leave him and show women that you don’t have to stay in an abusive relationship. You don’t have to stay in a bad relationship. It takes more courage to walk away than it does to stay, and that is the message that Melania Trump could send to women all throughout this country, and it’s a message that a lot of women desperately need to hear.