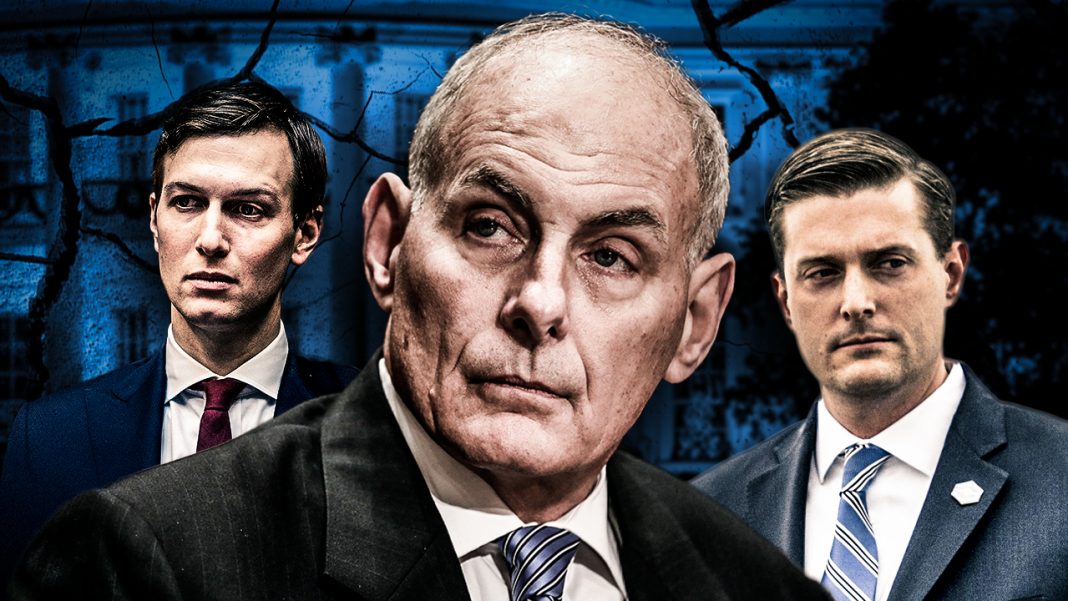 Aides at the White House are either being fired or reassigned to other departments due to their inability to obtain security clearances. This presents a huge problem for the Trump administration, leaving them with too few employees to properly carry out their jobs. Ring of Fire’s Farron Cousins discusses this issue.

Recently, Donald Trump told us there was absolutely no chaos, no chaos, in the White House. Well, those of us who have been paying attention or have access to any kind of media in this country understand that that’s not true. There is absolutely a ton of chaos happening in the White House today, and it actually doesn’t involve any of the investigations or the porn star affair or anything like that or even Kellyanne Conway’s law breaking. It has to do with the fact that the White House is facing a crisis, the likes of which we’ve never seen before in this country.

This brings up two very valid questions that I believe the administration needs to answer. The first of which being what the hell kind of people are you hiring that they can’t pass a background check to get a security clearance? I mean, basically all you have to do in order to pass a background check is not have contacts with foreign enemies and not be somebody with a history of crime. That’s really it! So how bad are these people that you have working for you that they can’t even meet that criteria?

We know Donald Trump’s not going to read it himself. He’s admitted that. His staff has admitted that. His chief of staff has admitted that he’s not going to read these things. So now we’re going to have a president that has nobody in his west wing, or very few people I should say, that have security clearances that can look at the information and give him an analysis of it, but Donald Trump will still make decisions based on whatever the hell he thinks is going on in the world, which is probably going to be whatever Fox News happens to be reporting that day.

This is a much more serious issue than the White House is letting on and than most of the media is letting on. If there is no one in that White House to properly advise Donald Trump, we’re left to his whims. Whatever crazy thing he sees on Fox News is what he’s going to act on if there’s nobody left with a security clearance to tell him what’s actually happening in the world.