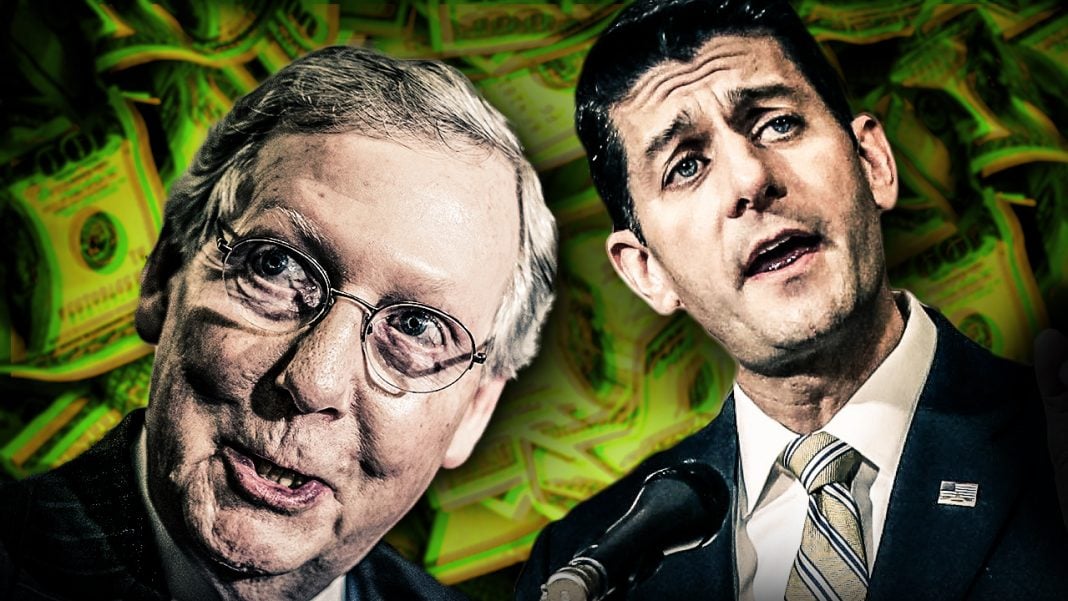 The New York Times recently interviewed blue collar Trump supporters in the state of Ohio to get their opinions on the President and his policies, and they aren’t buying into the idea that the Republicans’ tax cut plan is benefiting them. One of them told reporters that the amount of money they’re getting back is little more than “lunch money,” and that they don’t believe they’ll see any more than that from their employers. Ring of Fire’s Farron Cousins discusses this.

Recently reporters from the New York Times headed off to Ohio to speak with blue-collar Donald Trump supporters about what they felt about the president’s policies, and one question specifically they were all asked was, how do they feel about the recently passed Republican tax cuts? Are they getting any money back? Is it making a different in their lives? Are thing better now than they were before? And overwhelmingly among these Donald Trump supporting blue-collar workers the answer is, no.

These workers reported that the amount of money that they have received, because they’re among the very few Americans who did get raises from the tax cut, they’ve said it basically amounts to lunch money. One blue-collar worker that they spoke with reported getting an extra $30 per paycheck every two weeks from the republican tax cut plan. They’re not buying it; they went out there and they said that this is basically a shiny object that these Republicans are trying to dangle in front of them to distract them from the real economic hardships that are happening all throughout this country.

Again, these are Donald Trump supporters, these are Republican voters. This is that white working class that Republicans work so hard to court because they believe they can hoodwink these people, and guess what? They can’t anymore.

This is actually a very uplifting story. These people understand that they have been conned and bamboozled by the Republican party; not just Donald Trump, this about Paul Ryan, this is about Mitch McConnell. This is about every single Republican serving in Washington D.C. that has tried to take advantage of this group of voters for decades. And it may be at an end at this point. The more Republicans go out there and talk about the fact that workers across the country are getting raises, and the more that these people look down at their paychecks and realize that yeah, they’ve got enough money to go out to lunch twice in a pay period. They’re not going to buy into those lies anymore.

The next time Republicans get up there and tell us that we have to cut taxes for corporations in order to give Americans a raise, they’re not going to buy into it. And to be honest, they are among the last people in this country who did buy into the trickle down lie. I know the wealthy supported, but that’s only because they get the money that’s supposed to trickle down, and it never does.

So these voters, these American citizens, blue-collar workers, they’re not buying into the Republican lies anymore. So where does that leave the Republican party? Where do they go from here? The answer is, they’re just going to keep talking the same lies. They’re going to keep getting on Twitter and giving speeches about how great their tax cuts are, and how millions of Americans are getting a raise, but they’re going to leave out the fact that most Americans are getting less than $30 every couple of weeks in their paycheck.