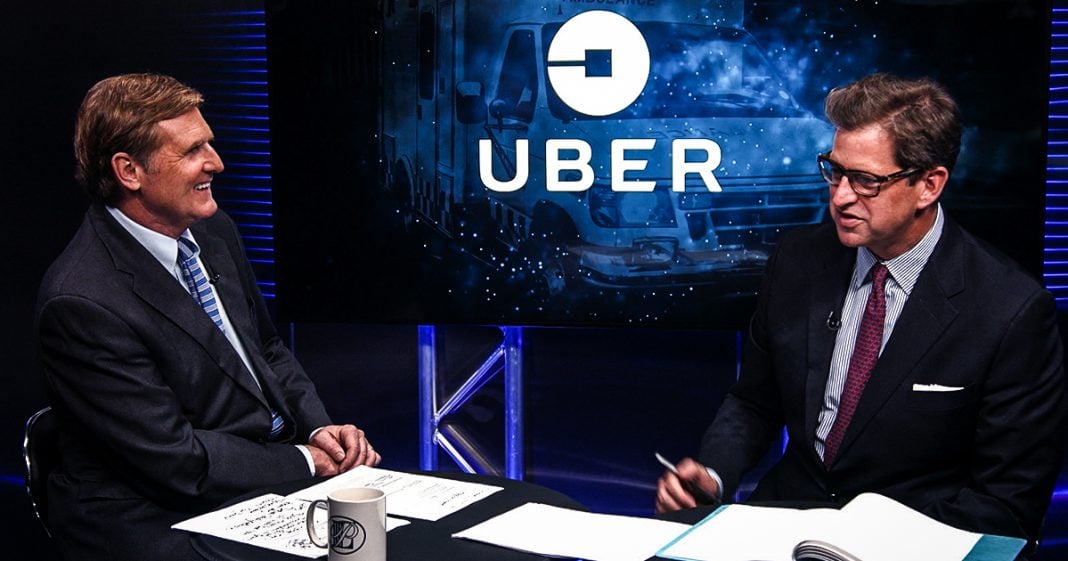 A new report shows that Americans are increasingly turning to ride share programs like UBER instead of calling an ambulance to take them to the hospital. This option is much cheaper for consumers, but it creates a lot of liability questions for companies like UBER. Ring of Fire’s Mike Papantonio and Peter Mougey discuss this.

Mike Papantonio: A new report shows that Americans are increasingly, I’m not making this up, they’re turning to a ride share program with Uber instead of calling an ambulance to take them to the hospital. This option is obviously a lot more, it’s a lot cheaper for consumers, but it creates a huge liability obviously. If I’m advising Uber, you do this or not, there’s some pretty serious problems here. Look, give me your take on this story. First of all, lay this story out. This happens all the time, but we got a couple of examples here of this.

Peter Mougey: Well, the law is is that if you see somebody hurt on the the street, you have absolutely no responsibility to go help that person. That’s a little sad, but legally you don’t have, but once you volunteer to help, once you start to help …

Peter Mougey: Good Samaritan, that’s exactly right. So what Uber’s issue and Lyft is that if somebody’s sick and they can’t afford to call 911, or they’re worried about the costs, it’s a heck of a lot easier to just hit Uber, get a ride and take it to the hospital for $22, or $15 then to pay thousands for an ambulance, right? So the Uber drivers are coming to pick up somebody that’s sick, and then, essentially acting as an ambulance. So the issue is, if something happens on the way, does the Uber driver become responsible? Can they turn down the ride?

Mike Papantonio: Isn’t it a classic example of a woman having a baby in the backseat of a cab?

Peter Mougey: What bothers me is is that people don’t feel, we did a story recently about people getting thrown in jail for not paying debts, right? So here, somebody’s clearly worried. I’m scared to call an ambulance. In our society, people shouldn’t be, at this point in time, concerned that I can’t afford an ambulance and I’m going to hit an Uber. That’s really kind of sad, is the first thing that struck me.

Mike Papantonio: Yeah, it is.

Peter Mougey: Where are we that people are hitting Uber as an app on their cellphone when they’re worried about going into a hospital in and emergency care situation?

Peter Mougey: That’s the first thing that jumped out.

Peter Mougey: Right, so I’m going to call an Uber, can you imagine?

Mike Papantonio: The Uber shows up. They tip over in the backseat. What is the answer?

Peter Mougey: And the Uber driver accepts the ride knowing that someone go to take me to the hospital and then all of sudden is Uber responsible for this?

Peter Mougey: I’ve been leaving out of consciousness over the last few days the story reported.

Peter Mougey: ACAs of the world. The mega hospital.

Mike Papantonio: Columbia. But you used to have doctor run hospitals. And now corporations run hospitals. I just met this after, earlier this morning, with this family and when I listened to the way they were handled by this hospital. You go first of all, it’s obviously there’s a hell of a civil suit there but there ought to be a criminal suit there the way they were handled. Hospital corporations are changing including being able to get to the hospital in an Uber.

Peter Mougey: And quite frankly maybe we all make fun of Canada but maybe the hospital systems in Canada, I mean at the end of the day at least you have access to the hospital systems. Here if you’re scared not only what bill you’re going to get when you’re going to get to the hospital but you don’t even want to pay an ambulance to get there. One of the things I saw fascinating about this article was there are a couple studies have shown that when Uber comes into an area the use of ambulances drops dramatically, materially. That they’re inversely correlated. Uber comes in, Uber goes up, ambulance rides go down.

Mike Papantonio: What do you think? Would you call an Uber?

Peter Mougey: But the thought never occurred to me to call an Uber. But then again, it’s scary ’cause I don’t think you and I are, at the end of the day it’s going to be folks that don’t have the money to get to the hospital and instead of calling, I wouldn’t even think of hitting an Uber ride.