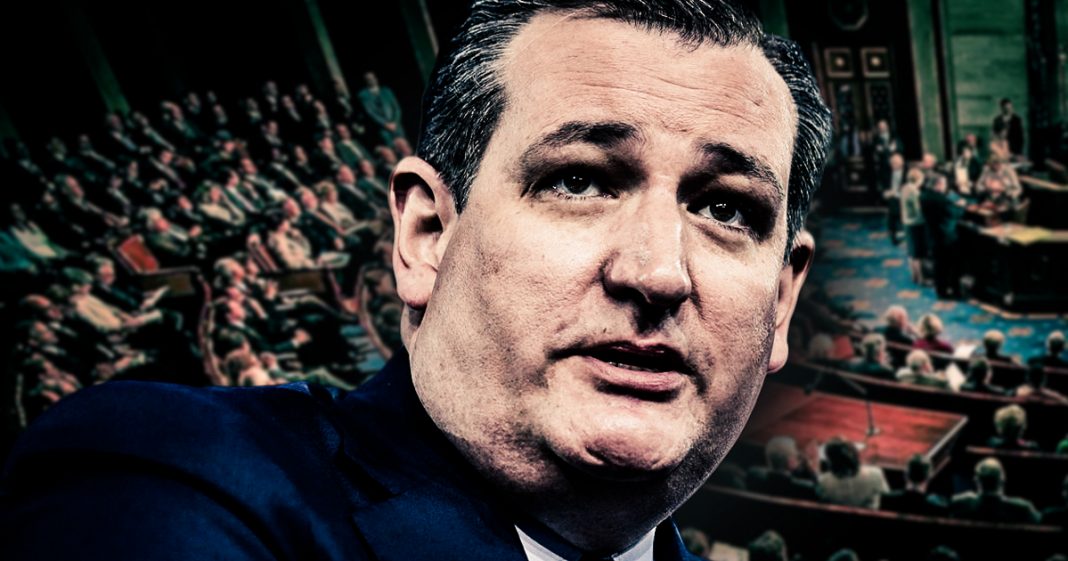 On conservative talk show host Hugh Hewitt’s radio show this week, Senator Ted Cruz issued a dire warning to his fellow Republicans that they could very easily lose both the House and the Senate in this year’s midterm elections. While he’s right that Republicans stand a good chance of losing, he still doesn’t seem to understand why. Ring of Fire’s Farron Cousins attempts to explain it in a way that Cruz can understand.

Republican senator Ted Cruz issued a dire warning to his fellow Republicans, and Republican voters all around the country this week, when he appeared on Conservative Talk Radio host Hugh Hewitt’s program. Ted Cruz said that Democrats could very easily take over after this year mid-terms, and that Republicans are in danger of losing both the house and the senate.

You see, Ted Cruz is in a little bit of a unique position to understand just how dire the situation is right now for Republicans. He’s in the state of Texas, and recently in the Texas primary we saw an outstanding Democratic voter turnout, I believe the turnout was close to 100% more Democratic voters than showed up for the last primary. Still low, technically, but when you virtually double the amount of people that show up to the polls in a primary, that’s bad news for Republicans, especially when your party only increased by about 16 to 20% turnout.

So Ted Cruz understands what’s happening in this country, and he knows the Democrats are energized, and he warned the audience of Hugh Hewitt’s show that if Republicans get complacent, if they do not do anything about it, if they do not show up to the polls, then yes, Democrats are going to take back over the house and the senate.

But here’s what Ted Cruz doesn’t understand, this isn’t simply about voter turnout. This isn’t just the Democrats want to go vote this year, it’s that Democrats want to go vote to get Republicans out of power. The same is said for a lot of independents in the United States. They see what the Republican party, what their policies are doing to this country, and they don’t like it. They want to change course, they don’t like the fact that most of these Republicans in congress and the senate are complacent with everything that Donald Trump does, so they want to change that. Hell, about half the country wants to see Donald Trump impeached, and they know that they’re not going to get that with Republicans controlling both houses of congress, so they want to change that as well.