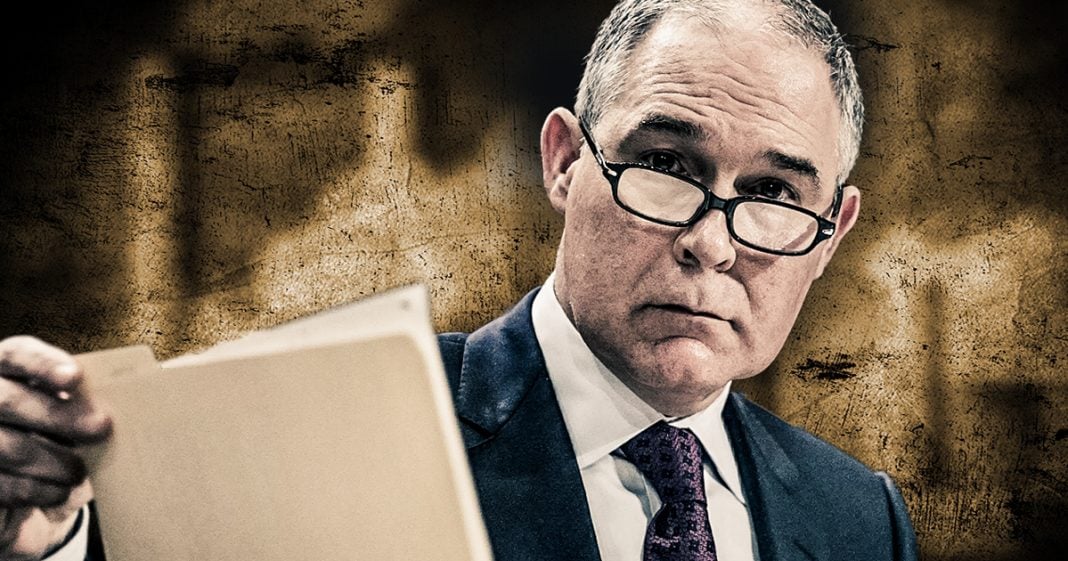 An African American town in Alabama filed a suit over the placement of a massive, toxic coal ash dump site in their community on the grounds that it violates the Civil Rights Act. But the US EPA disagrees, and in their eyes, environmental racism is perfectly acceptable. Ring of Fire’s Farron Cousins discusses this issue and explains why situations like this are far too common in the United States today.

The town of Uniontown, Alabama, is a predominantly African-American community, and more than a decade ago, the state ruled that a coal company could open a toxic coal ash waste site in Uniontown, and for those of you who aren’t familiar with it, coal ash is highly volatile, contains cancer-causing chemicals and it can very easily leach into waterways and underground aquifers and poison entire communities with these cancer-causing agents, but, nonetheless, the state of Alabama said, “You know what? Go ahead and just put your coal ash dump here right here in this black town away from all of the white people.”

We call that environmental racism, and the people in Uniontown understood exactly what that was and they had filed a lawsuit not long ago on the grounds that the placement of this toxic coal ash waste site actually violated the Civil Rights Act of the United States and, this week, the U.S. Environmental Protection Agency said, “We don’t care.” They have refused to move the coal ash waste site and they’ve said that the people of Uniontown have not provided enough evidence to show that in any way this is a case of environmental racism.

That’s exactly what it is. That toxic coal ash dumping site could have gone anywhere in the state. Hell, it could have gone to another state. They do that all the time. Instead, they found one of the blackest communities possible and said, “You know what? That’s a good spot to put our toxic waste because those people don’t really matter.”

That is the mentality of corporations operating in the United States today, and Uniontown is not alone. It’s not an isolated incident. Environmental racism is prevalent all throughout the United States. In fact, it is so prevalent that African-Americans and Hispanics are far more likely to be poisoned by toxic corporate waste than white people. They have an astronomically larger percentage chance of being the victims of corporate dumping.

That’s what we’re looking at in America today, and that’s not to say that white people don’t get affected by this. They do. Everybody does. It’s just much more likely to happen if you live in a poor African-American community or a Hispanic community because those are the ones that corporations say, “You know what? We could without those people. Why not kill two birds with one stone? We get to get rid of our toxic waste. We get to poison these people that we don’t like. Everybody wins, right?” and the EPA under Scott Pruitt said, “You know what? I like the way you think. We’re not going to do a damn thing about this. We’re going to continue to let these black people in Alabama be poisoned by toxic coal ash because we don’t care,” and, to us, to the United States Environmental Protection Agency, environmental racism is A-okay in their book.