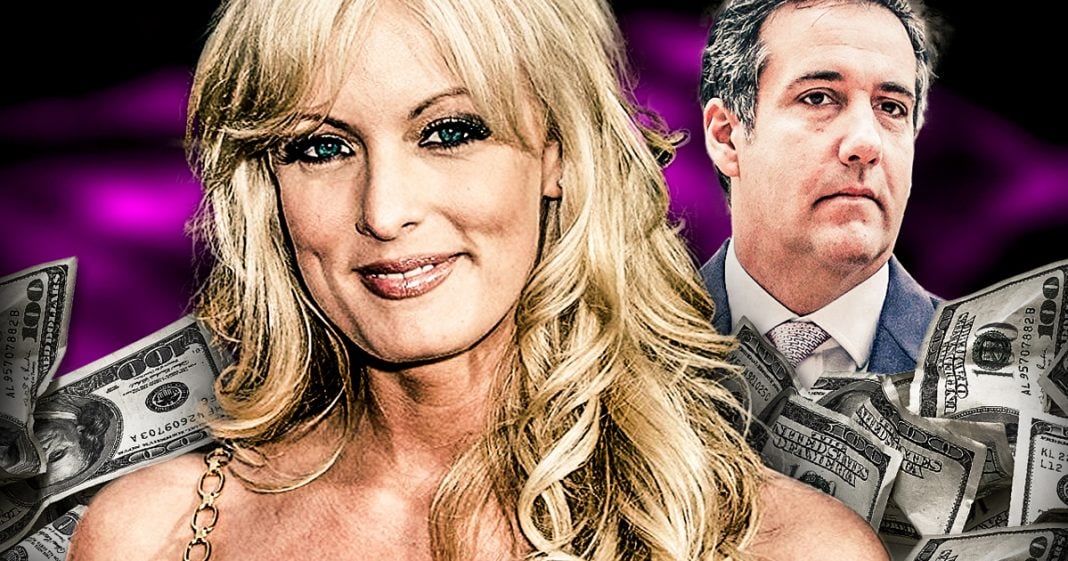 Michael Cohen, Donald Trump’s lawyer, was reportedly furious after he made the $130,000 payment to adult film star Stormy Daniels and was never reimbursed by members of the Trump campaign. This new revelation actually opens up a whole new world of legal problems for both Cohen and Trump, as Ring of Fire’s Farron Cousins explains.

Michael Cohen, Donald Trump’s lawyer, who recently admitted that he was the one that made that payment to Stormy Daniels to keep her quiet about the affair. According to those closest to him, after he made the payment, Michael Cohen was furious that the Trump Administration, the Trump Campaign I should say, at the time, would not reimburse him for paying off this adult film star. And, furthermore, Michael Cohen also claimed that he would have made the payment earlier, but he was having trouble getting in touch with the Trump campaign to green light the payment and to reimburse him should he go ahead and make it. Again, if this is accurate, then Donald Trump is part of a felony enterprise with this payment to this adult film star.

The Wall Street Journal who is reporting this and has actually done a really good job on reporting on the Stormy Daniels thing is not some liberal rag, either. Let’s remember that they’re owned by News Corp. The same organization that owns Fox News. The Wall Street Journal is a very right-wing publication and they’re the ones out there giving us accurate information, the truth really, about what’s happening with this Stormy Daniels $130,000 pay-off. IF they’re accurate in this case, if Donald Trump was involved or even knew about it, then yeah, that’s an impeachable offense because that’s a felony and I don’t think the rest of the media is taking this story seriously enough.

While everybody else wants to focus on Russian interference, here we have an actual real crime that it’s very likely the president of the United States committed and yet the media’s silent about it. Not only that, but it blows all of his morals out the door that he allegedly has. It shows the religious right as hypocrites for standing by this man. This is the story that people should be paying attention to and yet still, aside from The Wall Street Journal, not much of a peep from the rest of the media about the fact that Donald Trump may have committed a felony by approving this payment from Michael Cohen to Stormy Daniels.