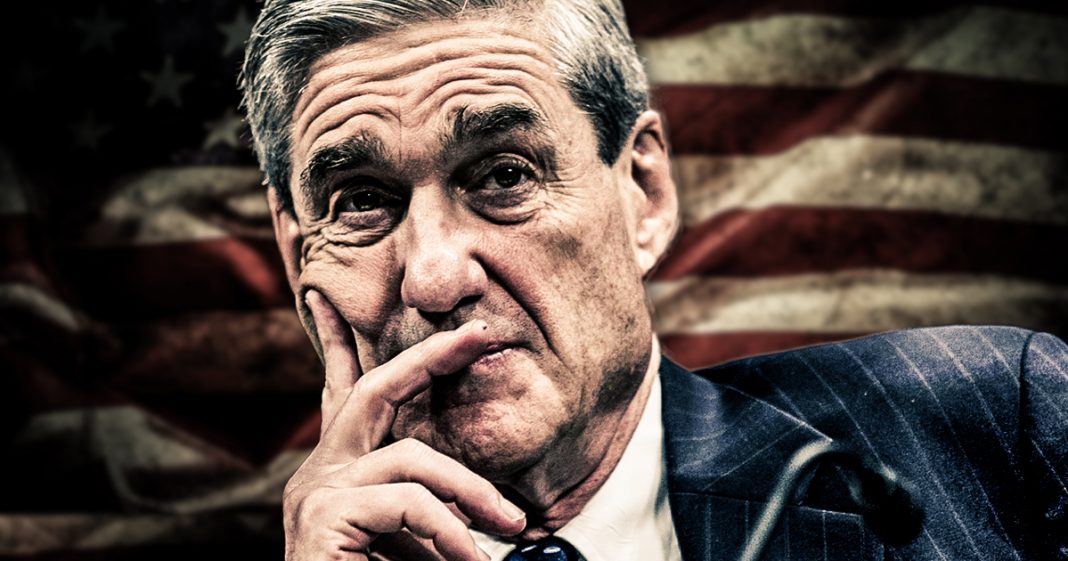 Special Prosecutor Robert Mueller has subpoenaed documents on Trump and a host of other current and former staffers for the administration and Trump campaign, a sign that the investigation is getting closer and closer to the elusive “collusion” confirmation. Things are looking bad for Trump, and that’s likely the reason that the President has been lashing out so hysterically on Twitter in recent days. Ring of Fire’s Farron Cousins discusses this.

This past weekend the news site Axios obtained a subpoena from Robert Mueller the special prosecutors grand jury, that explains to the witness who was being subpoenaed the kind of documents that they want information on, the documents that they want turned over. And, like so many other things that have happened with this investigation, this is really, really bad news for Donald Trump.

Now, before we go through the list of names, here is what that means. Not only are they looking at what the campaign did, as we originally had assumed, or as they had originally been chosen to do, they’re also looking at what has happened with the president and his advisors, and his confidants, since he became president of the United States. So this investigation is going a lot deeper than anybody ever thought it would, and it also shows that we really don’t know the full extent of how deep this investigation is going to go.

Now, after telling you those names, here’s what’s interesting about that, is people like Papadopoulos, you know, the guy who already pleaded guilty, Gates. These guys have all had contact with all of these people that are listed in this new subpoena, and Gates is one of them listed in this new one, as somebody they want documents on, perhaps to corroborate his stories. But it gives us a very clear indication that these people are working with the special prosecutor’s office, that they have named names. That they have said who was where, and when, and why.

And that is why they’re seeking this additional information, because if they can corroborate what people like Gates, and Manafort, or Papadopoulos have told them, then that proves they can be trustworthy, and they can also take the rest of their testimonies, or whatever information they’ve handed over to Mueller, and use that to go even deeper in this investigation.

Now, it all seems a little complicated to follow, but it really isn’t. The bottom line is this, this investigation is getting closer and closer to Donald Trump. Well hell, we can’t even say closer and closer at this point, this investigation is directly circling Donald Trump, and he is 100% a target of Robert Mueller. Hope Hicks, same thing, woman who just resigned after testifying, and now suddenly she’s gone, and she allegedly kept a diary of everything that happened, as did Sean Spicer.

I think that Robert Mueller probably wants to get his hands on that diary, and I think Hope Hicks, depending on her feelings towards the Trump administration, after he allegedly berated her for her testimony, she might be willing to hand it over, to save her own butt really, or to maybe just get back at some people who were a little bit rude to her on her way out, like Donald Trump himself.

Trump can’t hide any more, and this is part of the reason why he’s lashing out so harshly, and hysterically, on Twitter. On Monday morning, the guy gets on Twitter, and talks about the fact that Obama did nothing, he wanted the Russians to interfere, and he wanted collusion to help Hillary Clinton win the election. And that’s why he didn’t do anything about Russian election meddling. And yet at the same time, Donald Trump, who we now have 100% evidence that yeah, they did, Donald Trump has chosen to do nothing about it. But this is a guy who’s immune to irony.

He also says that we should investigate Barack Obama and Crooked Hillary, as he calls her. But none of that’s going to happen, we know what happened during those times, Obama dropped the ball on it when he should’ve done something, should’ve come public with it, but Mitch McConnell wouldn’t do it, so Obama being the nice guy that he is didn’t want to make waves. That was a failure of Obama. But as far as criminal activity, pretty much sure that that’s just limited to the Trump campaign, and the Trump administration. But regardless, all of that is going to come out when this investigation finishes, and it is incredibly doubtful that Donald Trump is going to come out of this without at least one indictment against him.