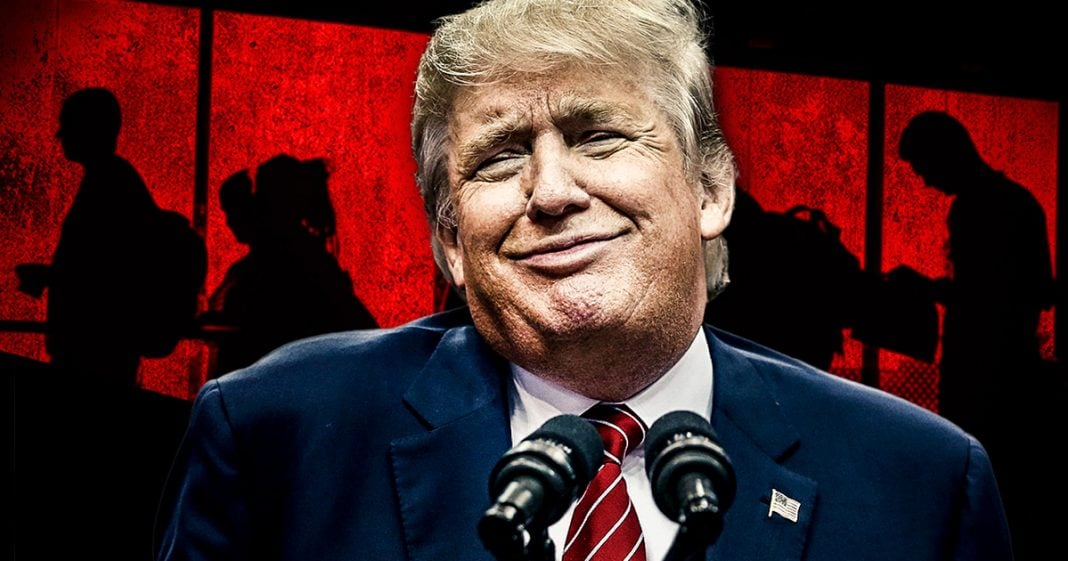 According to reports, countless low and mid-level staffers at the Trump White House are desperately trying to find new jobs so that they can move on from working for Trump, but so far no one will hire them. Apparently employers aren’t looking for people who have helped build one of the worst presidencies in modern history, as Ring of Fire’s Farron Cousins explains.

According to a new report, countless lower and mid-level staffers within the White House are absolutely desperate to leave the White House and stop working for Donald Trump. According to the report published in Buzzfeed, the firing or, I guess, resignation of Hope Hicks this week, they describe that as the tipping point.

Hope Hicks was one of the last emotional crutches of Donald Trump. Somebody that could keep him a little bit calm and prevent him from flying off the handle, and now she’s gone. And so staffers understand that they need to get the hell out of there before things get so much worse. But, as they admitted to Buzzfeed, there’s a very big problem with them wanting to just leave the White House and go work for somewhere else, and that problem is that nobody wants to hire them.

According to the staffers that have been attempting to leave the Trump Administration for several weeks now, they can’t find jobs anywhere because nobody, including the think tanks and lobbying firms there in Washington, D.C., want to hire Trump staffers. So, regardless of what you hear about the President talking about his poll numbers getting better or Republicans in Congress actually starting to work with Trump and toning down their criticisms of him, when it comes to the people that really pull the strings, the lobbyist and the think tanks in D.C., they want absolutely nothing to do with Donald Trump, and it’s not just because he’s such a horrible president.

Part of it has to do with the fact that he, himself, and by extension, these staffers from working with him, still have no idea how U.S. policy works. So, they don’t want to bring in these staffers to come work at their lobbying firms or think tanks or law firms or whatever, because they still don’t technically have any real political experience.

You’re working for a guy that doesn’t know what he’s doing. This is a completely abnormal White House that is not going by the book on anything. Things that these organizations, think tanks, lobbying firms, whatever, they like that. They like to hire people who know how everything works. When you have a president that comes in and breaks everything and the staff just has to say, “Okay, well, I guess this is how it is,” yeah, it’s going to make it pretty hard to find a new job if you want to stay within the political arena.

I do have a little bit of sympathy for these staffers. I will say that. These people want out. They don’t want to be around him, and they can’t find jobs. That’s a sad situation for these people, but it’s a situation that they, themselves, put on themselves. They made the choice to go work for this guy. So, while I do have sympathy for them, I do also understand that they did this to themselves, and they need to figure out how to get out of this situation. If other political operatives, organizations in D.C. won’t hire them, then perhaps it’s time to think about a change in career.

Hell, after working with Trump for a few months, I would have to imagine anyone would want to get out of the political arena for a few years. You’re going to have to start back over at the bottom if you want to stay in politics because that is exactly what Donald Trump has made the White House to be, at the bottom. It doesn’t work properly. It doesn’t work like it has in the past, and nobody that’s working there is getting any real world political experience because essentially all these staffers have turned into giant babysitters for our man-child president, and I don’t think there’s too many think tanks in D.C. looking to hire a bunch of babysitters.