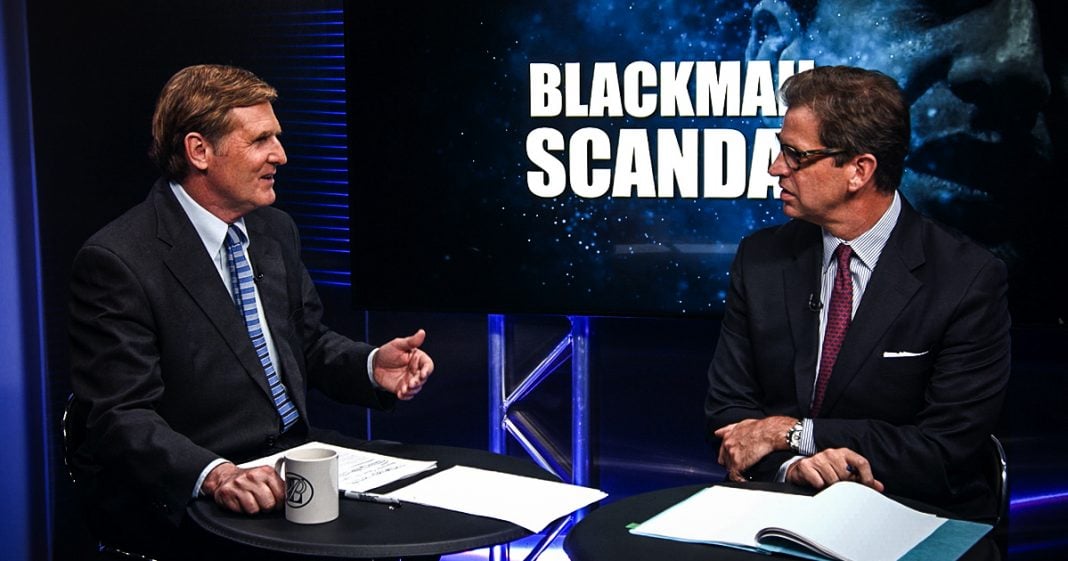 Recently, Eric Greitens, the Republican governor of Missouri, was arrested and charges of blackmail for allegedly blackmailing his mistress with nude photos if she came forward about their affair. Another family values Republican shown to be a complete hypocrite. Ring of Fire’s Mike Papantonio and Peter Mougey discuss this.

Mike Papantonio: Since we’re on the topic of governors, talk about governor crazy. This is a story that comes out of … It comes out of Missouri. You got a guy in Missouri, Republican again in Missouri, Eric Greitens. Greitens has this affair with his hairdresser, but that’s the minor part of the story. What he does in this affair is he takes her home and he actually takes her there. He has a workout room in his home. He actually ties her to one of the workout machines. She’s partially nude and he takes photographs of her. Then what he does is he says, “Look, I’ve got a political career I’ve got to protect. I’m concerned that you might go talking about what we’ve done here.”

Mike Papantonio: He takes the nude pictures of her and he says, “If I ever hear any suggestion that you’re going to do anything, say anything about what’s happening here, I’m going to release all of these nude pictures out into the media.” What does she do with that? It’s not a question about affair. This is blackmail.

Peter Mougey: Blackmail is never a good thing. At the end of the day, when you’re tying somebody up and taking pictures in compromising fashions and then threatening them with blackmail, that’s not really a good strategy any stretch of the imagination.

Mike Papantonio: Well, first of all, the analysis is this is blackmail, isn’t it?

Mike Papantonio: There’s no other way to say that anything else but blackmail. People go to jail for a very long time with this on blackmail. What do they do? They support this guy. The GOP has come to he’s aid somewhat.

Peter Mougey: Eventually, they asked him … I guess there’s some members of the Republican Party. They’re asking for his resignation about him lying about it. There’s others that are coming to his support. But, at the end of the day, you can’t use blackmail and still have the same values that you need to serve in political office. That’s kind of embarrassing.

Mike Papantonio: Well, interesting thing. This is a governor who ran as a political outsider and he garnered-

Mike Papantonio: Yeah. You know what? He tried to emulate the whole Trump thing. I’m not one of them. I’m a good old boy. I’m so different. I’m not a regular politician and he gets 51% of the vote. Here, the political machine, it just seems like both Democrats and Republican, there’s really no distinction. They’re going to stand behind him either way whether it makes sense or not.