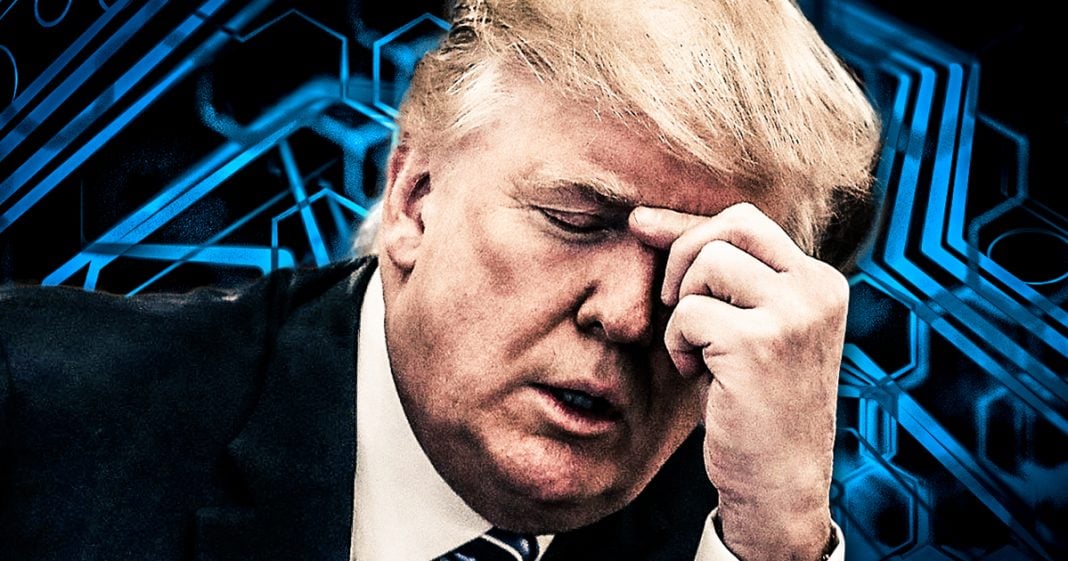 According to the latest round of polling, Millennial voters are among the most excited about this year’s midterm elections, which is bad news for Trump and Republicans. The polls also show that the young generation of voters overwhelmingly despise Donald Trump and that they are excited to get him out of office. Could the blue wave happen in spite of Democrats efforts to sabotage themselves? Ring of Fire’s Farron Cousins looks into what’s happening with young American voters.

If Democrats are looking for a way to save the country from conservatism, then they really need to start paying attention to millennials. According to the latest round of poling, 62% of registered voters in the millennial generation are overly excited about this year’s mid-term elections. Furthermore, a vast majority of millennials cannot wait to get Donald Trump out of office, because they despise him so much, and 59% of millennials identify themselves as Democrats.

That is how you win elections. That is your base. That is the electorate that you need to start, I guess the word would be, pandering to. That is who you need to tailor your policies towards. I’m not saying change everything and forget about the people on Social Security, and Medicaid, and Medicare, absolutely not, but you also need to start talking about things like debt-free college and universal health care, paid time off, employee benefits, higher pay for teachers, gun control, things that this generation wants more than any other particular generation.

The Democrats have a major opportunity right here to swoop in and let these millennials know that they are on their side, and this is the political party that they should be with for the rest of their lives. Unfortunately, instead of doing that we have Democrats out there trying to hide the fact that banks are engaging in racial discrimination. Thirteen, at this point, U.S. Senators have said that it’s perfectly fine for banks to change higher rates to African-Americans and Latinos than they do for whites. That’s not how you’re going to win over the millennials. You’re obviously talking out your ass on social issues if you’re cool with banks engaging in discrimination. You’re bad on controlling the .

You’re not doing anything about climate change. Even when Obama was president very little happened, and at this point almost all of it’s been undone. So what are you offering this generation? These people are excited to vote. They want to go out there and get rid of Donald Trump, get rid of the Republicans, and put the country back on the right track, but they don’t have a political party that’s willing to do that. So, as much as the Democrats could come in and show these voters that they’re the way of the future, I think it’s time for the third parties. I think it’s time for the other political parties in the United States to swoop in and take these voters, so that maybe in a generation or two it’s not a two-party stranglehold here in the United States, we do have something that’s more representative of the individual beliefs of American citizens not falling into just column A or just column B.

There’s more to us than that, and while I myself, personally, am still a Democrat, I am very much open to any new party out there that comes up with better solutions and a better way forward, and I am also part of that millennial generation, and that’s what we want. We don’t care about ideologies as much as we care about policies. We want things to change for the better. We want this country to start working for the people who need it, not for the people who already have everything, and right now it looks like both of our major parties are ruling for that particular class, and that’s also one of the reasons why this millennial group is so excited about going to the polls this November, because they’re going to make their voices heard, and it’s not going to be something that the Powers that Be are going to enjoy hearing.