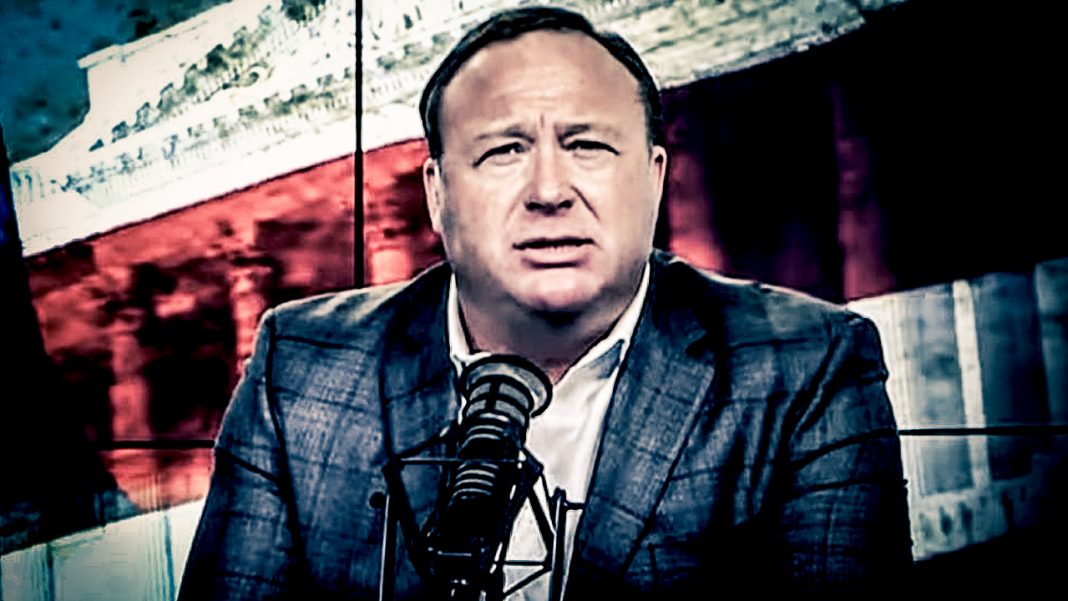 According to complaints filed by former employees of Alex Jones’ InfoWars, the website and host routinely engage in racial and sexual harassment of employees, going as far as to point out to some of the show’s white nationalist guests which employees are Jewish. This news isn’t really surprising, the only question that remains is whether Jones’ audience will believe the accusations, or if they’ll believe it is a conspiracy to take him down. Ring of Fire’s Farron Cousins discusses this.

According to new complaints that have been filed with the Equal Employment Opportunity Commission, Infowars, and its founder, Alex Jones, is nothing more than a hotbed of racial and sexual harassment. Specifically, two employees, one a Jewish man, the other a black woman, have filed complaints against Infowars and Alex Jones for constant harassment during their time at Infowars.

The first woman, Ashley Beckford, African-American woman, she claims that Alex Jones once grabbed her butt and said, “Who wouldn’t want a black wife?” Other people employed at Infowars at the time too also engaged in saying racial slurs to this woman while she was there. One of them allegedly received a pair of shoes with swastikas on it that he would proudly flash in front of her, according to her complaint.

The other employee, Rob Jacobson, was a Jewish man. He claims that Alex Jones would refer to him as the resident Jew, the Jewish individual, and Yacobson, and he also had Photoshopped his face onto the picture of a Hasidic Jew and sent it around the office so everybody could make fun of the Jewish guy there. He also identified him as the Jewish employee when Alex Jones interviewed former KKK Grand Wizard David Duke.

That is what these official complaints are saying has happened at Infowars, and to be honest, there is not a single part of me that is surprised by any of this reporting. To me, the bigger question is will anything happen to Alex Jones and Infowars as a result of this? The answer most likely is absolutely not. Their audience is not going to believe this. I guarantee you Jones, if he hasn’t already, is going to go on air, say that this is just a smear tactic, maybe those people never even worked for him, but all they’re trying to do is take down Infowars. “That’s what this is about, ladies and gentlemen. You can’t …” whatever he says.

But the bottom line is that Alex Jones already has two strikes against him on YouTube. One more is going to result in Alex Jones himself and Infowars being banned from that channel. I think this story? I think that needs to be strike three. I think we need to crack down on people like this. The #MeToo movement has taken down a lot of people, and if what this young woman says is true, that would be enough to get Alex Jones booted out of any other media outlet in this country.

As far as the anti-Semitism, that also would do it on its own. And when you put the two together, it paints a very clear picture of a disgusting individual running a disgusting news site for a horribly disgusting audience that is willing to believe anything that this serial harasser claims.