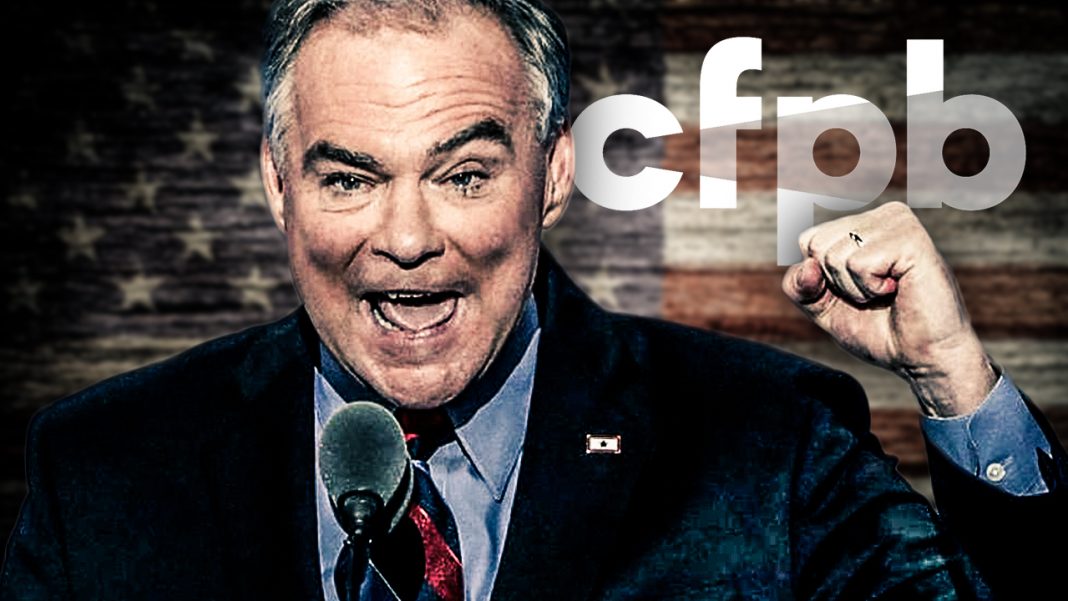 A dozen Democrats have joined Republicans in the Senate to sponsor legislation that would prevent the CFPB from seeking information about banking and housing discrimination for people of color in the United States. The Democrats seem hellbent on destroying their chances for a 2018 midterm sweep, and this legislation is not going to win them any favor from the American public. Ring of Fire’s Farron Cousins discusses this.

According to a news story in Huffington Post, Senator Tim Kaine, who was also the vice presidential candidate on Hillary Clinton’s ticket, has sponsored a piece of legislation that’s going to prevent the Consumer Financial Protection Bureau from being able to keep track of racial discrimination within the banking industry and the housing industry. Tim Kaine, along with a dozen democrats in the Senate, which means that this piece of legislation, which is gonna be debated next week, will pass, doesn’t think that the CFPB should be keeping track of banks who charge black people more than they charge white people for the same apartment. They don’t think that charging a higher interest rate to people of color is a bad thing, I guess. They don’t want us to know about that. They don’t want us to know about these dirty deceitful practices that take place within the banking industry.

Tim Kaine, the 2016 democratic vice presidential candidate, sponsored this piece of legislation. And a total of 12, at least, democrats in the Senate have signed onto it, saying, “We agree with this. We support this. We’re okay with racial discrimination in the banking industry and we don’t want the CFPB to study it or to look at it or report it.” That’s not how you win elections.

Right now, democrats have a double digit lead in generic ballots for the midterms across the country. And you want to piss it away because you want to protect the big banks that are funding your campaigns? This story, without a doubt, shows us what the democrats really care about. You know, this party that might be a little too moderate on banking issues, but don’t worry, they’re super great on social issues, right? Well, no. That talking point just got blown out of the water here, too, because they’re perfectly fine with racial discrimination as long as it’s the banks doing it because the banks fund their campaigns.

Everything has been a lie, everything. Tim Kaine is a corporatist. He is not a democrat. These other democrats that have signed on, corporatists. That’s why you lost 2016. That’s why you’re probably gonna lose 2018 now. And yes, these stories do need to be talked about. We can’t just bury them and pretend they don’t exist because we want democrats to win. That’s not how this works. This is about accountability. This is about telling the democratic party, “No. You’re going to stop. You’re going to change. You’re going to be better. You’re going to be what you used to be,” because right now, with people like Tim Kaine in the Senate, the Democratic Party is nothing more than republican lite.