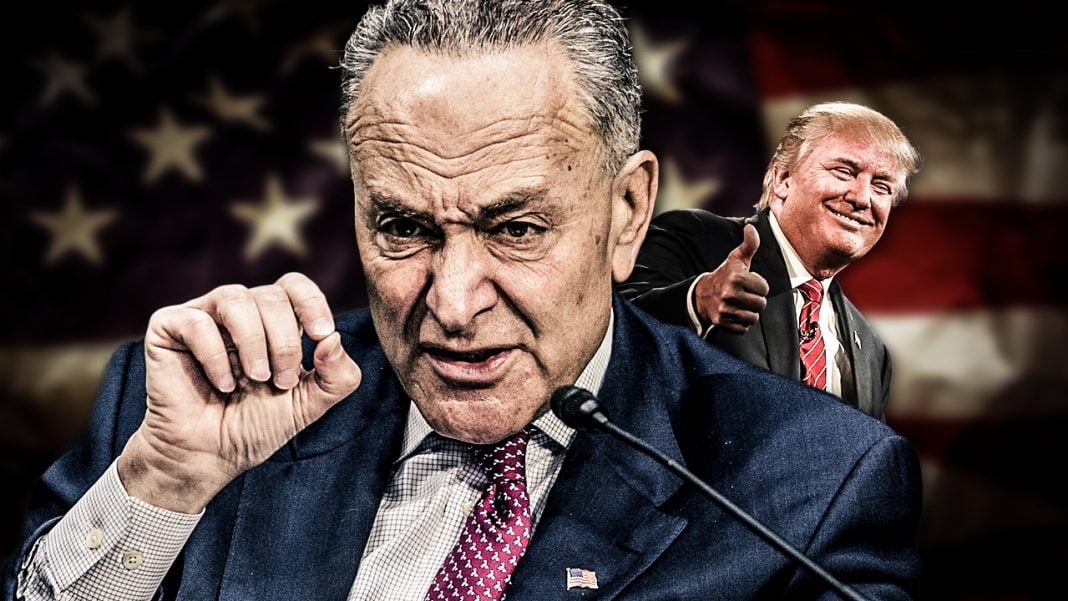 Donald Trump’s budget not only cuts some of the most vital social safety net programs in the United States, but it also looks to cut nearly half a billion dollars nationally from school safety budgets. This money is used to improve security and hire resource officers at schools, and Trump wants that security gone, even in the wake of recent tragedies. Ring of Fire’s Farron Cousins explains why Republicans will never take the issue of our children’s safety seriously.

While Donald Trump has been talking a big game this week about making our schools safer and if we can’t get officers or armed teachers in there, then he’s personally gonna run into each school and make sure they’re safe, I guess on a daily basis. It’s important to look at what actions have actually been taken by the Trump administration to keep our children safe in school. And as it turns out, Chuck Schumer was one of the people who decided to highlight the horrible actions that the Trump administration has taken, specifically within the Trump administration’s recently released 2019 budget. Chuck Schumer pointed out that in that budget they’re cutting 425 million dollars nationally from programs designed to make schools safer.

They’re cutting money for security, they’re cutting money for armed resource officers and at the same time they’re telling us that our kids are totally gonna be safe when they go to school. I’m sure that a lot of students think that they’re gonna be safe on any given day. Nobody wants to think that they’re gonna go to school and this is gonna be their last day on Earth, but the reality is that it’s happening and it’s happening at an alarming rate. We have had more than 300 threats against schools in the United States in the two weeks since the shooting in Parkland, Florida. More than 300 and the Republicans think that we should cut the budget for keeping our children safe. My guess is their kids don’t go to these schools. Their kids probably go to expensive private schools where they feel they have nothing to worry about. They’re behind those locked doors, those gated schools with their own campuses where nobody can penetrate without a valid photo ID getting past the security guard.

Well, for the rest of us, for most of us in this country, we don’t have that luxury ’cause we don’t have that kind of money. Our children go to public schools that we fund with our tax dollars and they deserve to be protected too, but this republican budget put forward by Donald Trump himself doesn’t do it. It cuts nearly half a billion dollars towards the fund designed to keep our children alive and that matters more than anything that Donald Trump has said since that shooting on February 14th.