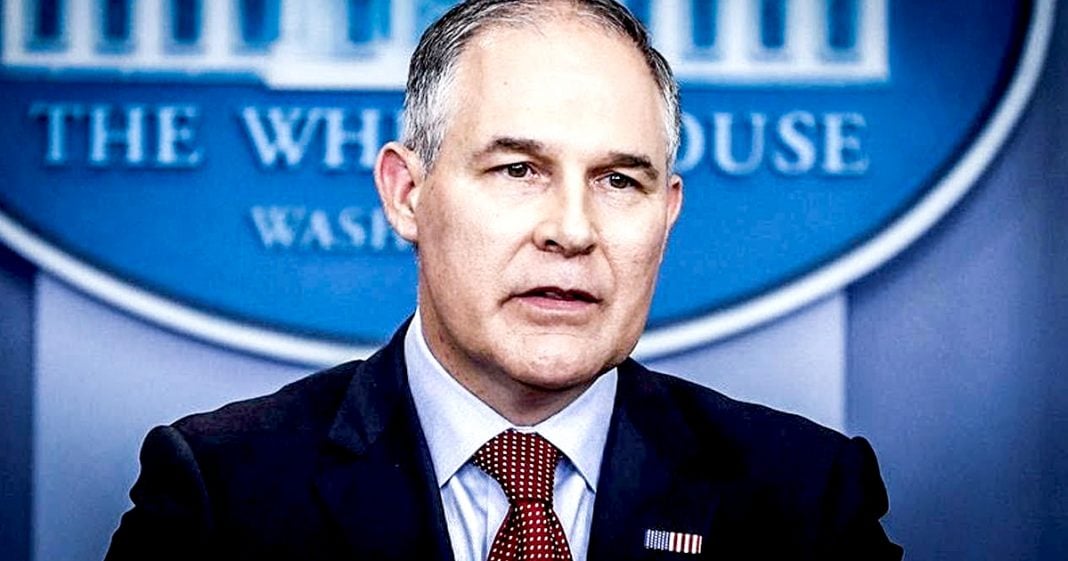 According to Scott Pruitt, the head of the Environmental Protection Agency, God gave us fossil fuels so that we could burn them for fuel, regardless of the consequences. This means that, at least in Pruitt’s head, God wants us to continue destroying the planet for some reason. Ring of Fire’s Farron Cousins explains why Pruitt’s latest statement shows how mentally unfit the man is to hold his current office.

During a recent interview with the Christian Broadcasting Network, EPA director, Scott Pruitt, has unveiled his latest reason for destroying the environment here in the United States, the environment that he’s actually supposed to be protecting by law, according to his job title. Scott Pruitt believes, and this is what he told Christian Broadcasting Network, that the Bible can be used as justification to destroy this great planet of ours. Why? Because according to what Pruitt said, God put fossil fuels on this earth for man’s benefit. He put them here so that we can burn them and spew emissions up into the atmosphere, because why the hell not? That’s what God wants us to do.

Here’s the sad, sick truth that Mr. Pruitt doesn’t want people to understand. There are actually plenty of passages in the Bible that talk about the fact that preserving nature, preserving the environment, is what God wants us to do. I don’t think a lot of conservatives understand that. The planet Earth in a purely Biblical sense, if you buy into it, was put here for man, but it’s also man’s job to show their gratitude towards God by protecting it. That’s what’s actually in the Bible.

If you want to look on the scientific side of it, then oh my God, have I got some evidence I would love to share with Scott Pruitt, because we know what the burning of fossil fuels is doing to this planet. It is increasing carbon in the atmosphere. It creates the greenhouse effect. Polar ice caps are melting. Ice levels are at some of the lowest they’ve ever been. Just once again, had one of the hottest years on record. We’re having a massive heat wave through this country alone right now in February, but Scott Pruitt believes that we have to keep digging up that oil, we have to dig out that coal, because that’s what Jesus would do.