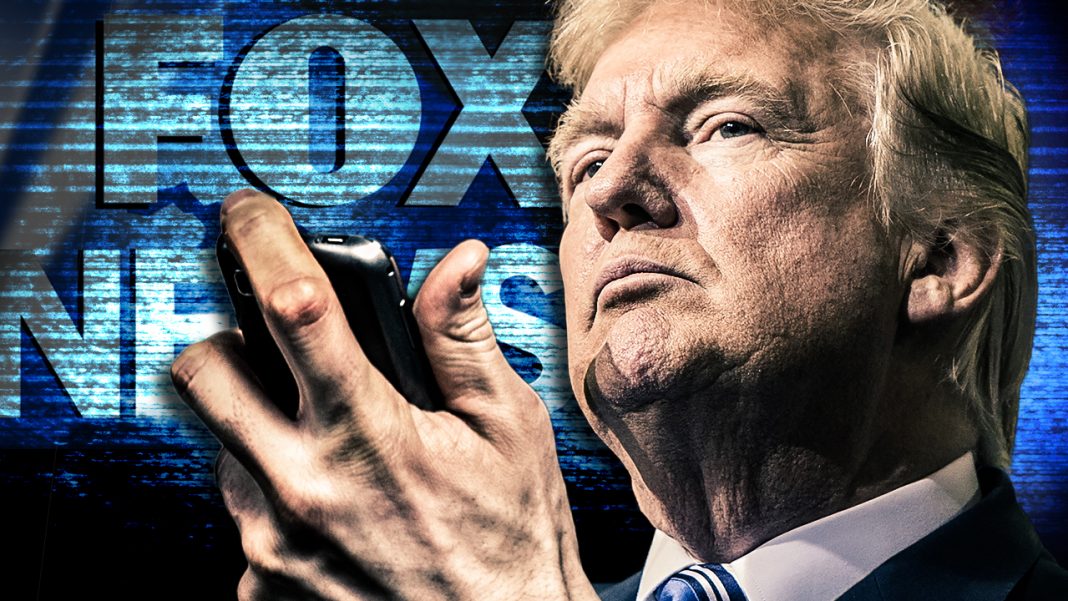 Everyone knows that Donald Trump loves to watch Fox News, but his Tweeting behavior during Fox programming hints at a deeper problem with the President’s mental stability. He believes anything that he sees on that network, and the hosts know it and play into it to help feed his psychosis. Ring of Fire’s Farron Cousins discusses this.

It’s been a few weeks since we’ve seen any real stories emerge questioning Donald Trump’s sanity or his mental stability, but the reason for that is because we don’t need anymore think pieces on whether or not Donald Trump is mentally stable enough to be the president of the United States. All we need to do is look at his Twitter feed, and what he has been tweeting within the last week or two shows that this man is almost, at this point, certifiable.

Earlier this week, Donald Trump, while watching Fox News, decided to go on a live tweeting spree and quote some of the people on Fox News talking about the fact that these investigations haven’t shown any evidence yet, which, again, five people have pled guilty, so that’s really not exactly no evidence. Not to mention the fact that they haven’t even released the evidence that they have found. So, sure, there’s no evidence yet that we can see. That doesn’t mean that investigators don’t have it, you moron. But, nonetheless, Donald Trump went off the rails tweeting people on Fox and Friends that he believes exonerates him and other Fox News programs, Hannity, Tucker Carlson, and the like.

But on Tuesday morning, a tweet came out from Donald Trump that just, in all caps, said, “WITCH HUNT!” At 6:49 a.m. on February 27, 2018, “WITCH HUNT!” That was it. There was no other context. It wasn’t attached to another tweet. Just said, “WITCH HUNT!” This man has lost his damn mind. He is literally doing the same thing that Richard Nixon did before he was forced to resign from office because he was facing impeachment. He doesn’t even realize that the things he says mirror what Nixon said.

The problem of it all is Fox News. They are feeding the president’s psychosis and paranoia because at the same time that he’s tweeting out that he’s been exonerated because there’s no evidence, Fox News runs segments saying Hillary Clinton should be investigated and there’s tons of evidence everywhere, so Trump starts tweeting that out. His paranoia about this woman who hasn’t been active in politics for a year. He is still so obsessed with her because she won the popular vote that he’ll stop at nothing to take her down with him, and Fox News is feeding it. The crazier Fox News gets, the crazier the president gets.

It is a very real problem for people in the United States. We already saw this past summer when Donald Trump was watching footage that Fox News was showing of an attack years and years ago, and he tweeted out that we have to do something about this because he didn’t realize that that footage was a decade old. That’s what happens when you have a simpleton running this country who gets his information not from his intelligence briefings every day, but from Fox News. Fox understands it. They know their role. They know the president is watching, and so they have tailored their message to suit whatever that crazy man wants to hear, and that’s what’s so dangerous about this. The crazier Fox gets, the crazier Trump gets, and they will continue to defend him and feed into his psychosis until he’s out of office.