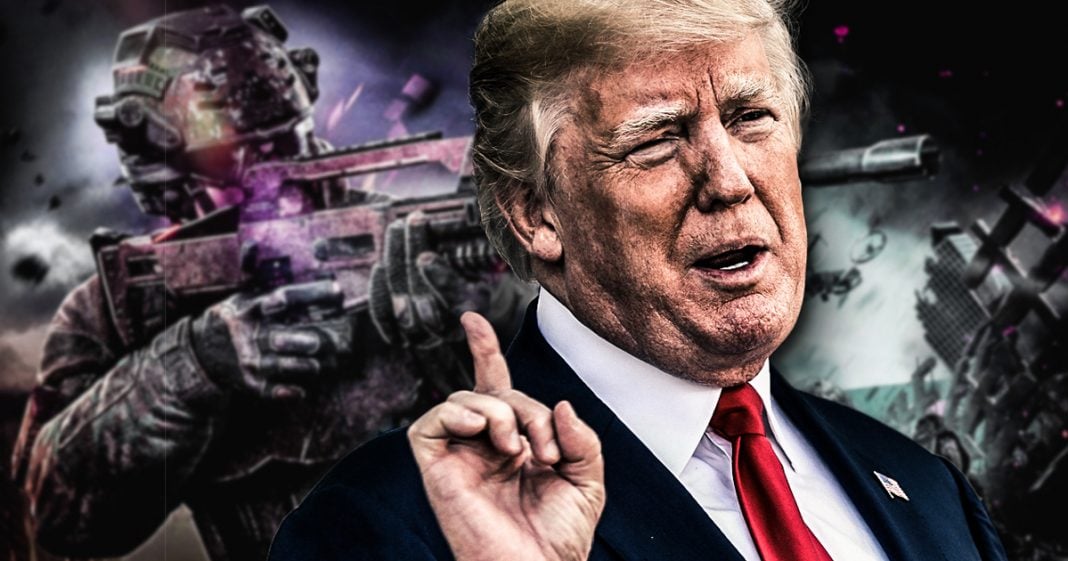 Donald Trump announced this week that he’s going to be meeting with video game developers in the United States to get them to tone down the violence. He, as well as many other Republicans, believe that video games are what is causing the violent behavior of people in the US. There is no evidence to back up these claims, but it prevents them from having to address the REAL problems, as Ring of Fire’s Farron Cousins explains.

Now, you may disagree with the violence in video games. You may not like it and that’s fine. That’s your prerogative. However, if you’re going to attempt to link the two, you better come armed with some information because right now there is no factual evidence that suggests any kind of link between violent video games or movies or music and mass shootings here in the United States.

But what Donald Trump is doing here, which is something Republicans have been doing for decades, is they’re trying to change the subject. They’re trying to say it’s a cultural issue here in the United States with all the violent video games and movies and music. Same thing they did after Columbine. They blamed it on Marilyn Manson and all that horrible music that all the kids were listening to these days. That’s what caused these. No. What causes it is that we have people in their teens, who can’t even legally vote some that can’t even legally drive, but they can go purchase an AR-15 without their parent’s consent. Without their parents even knowing about it.

That’s what the problem is. The rest of the world has the same kind of music and video games and movies available to them and they don’t have these problems. The problem isn’t the media. The problem is the guns and the Republicans are going to do everything possible to keep this conversation focused on anything other than the guns.