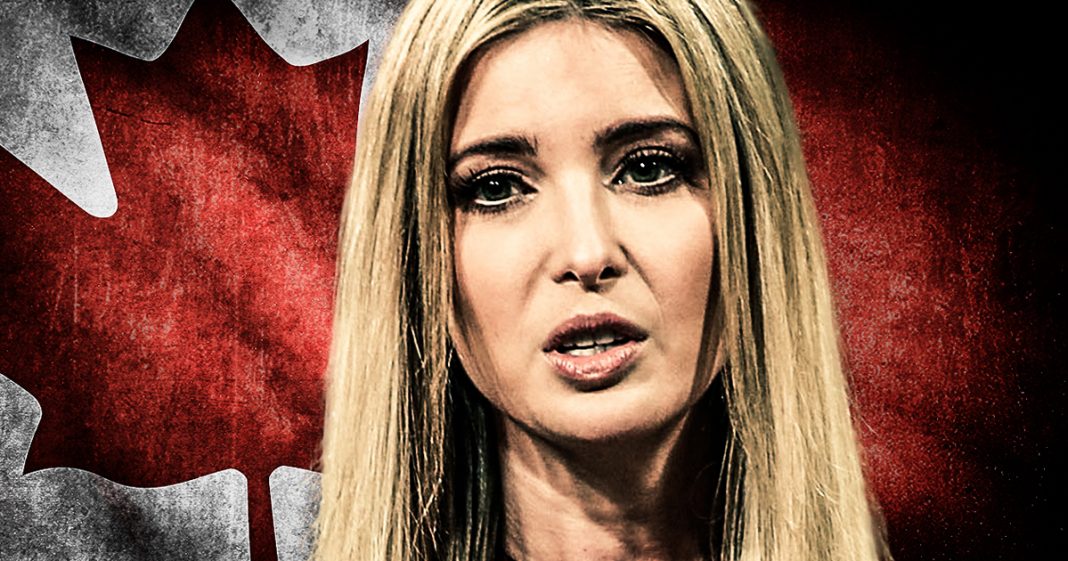 Ivanka Trump has now found herself in the same boat as her husband, Jared Kushner, as her business dealings with Canada are now the subject of an FBI investigation. There is little information about what the investigation is specifically looking for, but it shows that there are no “good” people in the Trump administration when it comes to ethics. Ring of Fire’s Farron Cousins discusses this.

More trouble for the White House this week. On Thursday evening, it was announced that Ivanka Trump, the daughter of President Donald Trump, is now under FBI investigation for a business deal that she worked out for Trump hotels in Canada after Donald Trump was sworn in as President of the United State and Ivanka Trump was officially an advisor for the White House. The FBI is now conducting an investigation to find out exactly how that business deal went down. Now, they haven’t released any specific information about what they’re looking for, or any criminal activity that they think may have happened, but obviously they wouldn’t be opening up an investigation into Ivanka Trump if they didn’t think something illegal may have happened.

Now, this piles on to the problems of Jared Kushner in the last week because after all Ivanka Trump is Jared Kushner’s wife. Now, we have this Washington DC power couple that between the two of them are the subjects of at least three different investigations by three different bodies here in the United States. Jared Kushner is under investigation by Robert Mueller and by the IRS. Now, Ivanka Trump is under investigation by the FBI. All we need at this point is for the CIA to step in and say they’re going to investigate one of them. Then we pretty much got all the big ones covered at this point. I mean, how corrupt can just these two singular people be that there’s three massive investigations between the two of them? I mean, anyone of these investigations can land one of these people, or both of them, in jail at this point. Of course, that’s not going to mean too much if their father’s still president because obviously they’re going to get some kind of presidential pardon here.