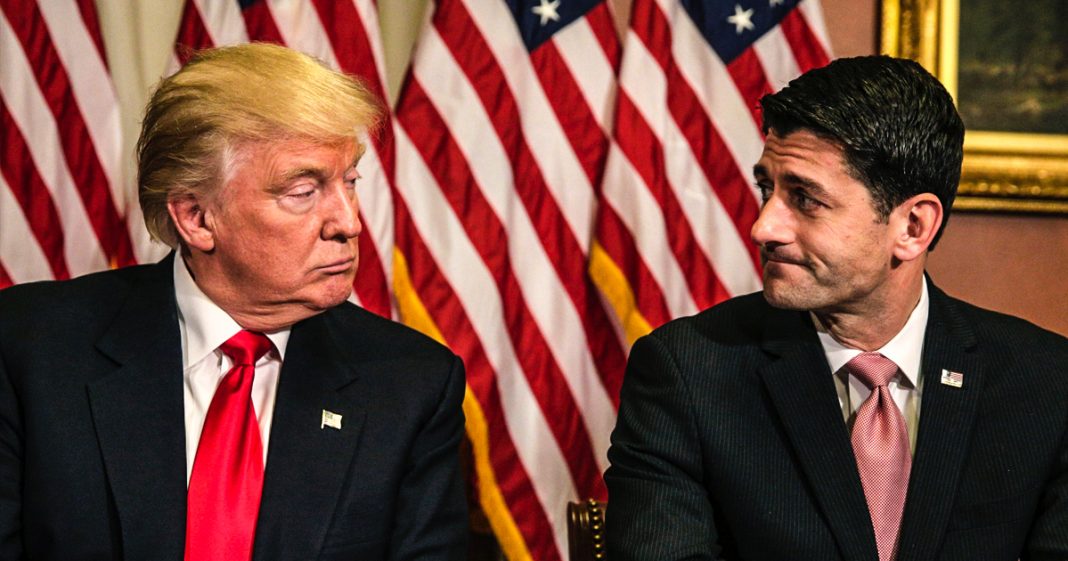 For this last part of the show here, I want to go to Twitter. I want to take your questions. If you have a question, send it using the #askrof. Our first question today comes from Steve Levine, who asks “Which event would have larger positive results? Defeating Paul Ryan or impeaching Trump?”

That is a very good question. To be honest, I have to say without a doubt, defeating Paul Ryan. Defeating Paul Ryan is a much bigger feat and would have a much larger impact than impeaching Donald Trump would at this point because let’s keep in mind, impeaching Donald Trump, getting him out of office, will not change the current trajectory of this country. All it changes is the bully mentality would probably die down a little bit because I don’t think we’re going to see Mike Pence, at least not to the same level, get on Twitter and insult other world leaders, antagonize other countries, and make fun of people within his party and people in the opposition party. I don’t see Mike Pence doing that.

In terms of policy, Mike Pence will be identical to Donald Trump, as would any Republican. Donald Trump’s policies are no different from what Republicans have been pushing for decades, decades. So no, Mike Pence and Donald Trump, the only difference is the bully mentality. The narcissism dies off slightly. It’s that big of a problem that, yeah, Pence would be better than Donald Trump. That’s one of the reasons why impeachment is so important.

But to defeat Paul Ryan, that is a massive feat. There’s two ways to do it. Obviously, Randy Bryce, Iron Stache, running against Paul Ryan, him winning that election, showing the powerful Republican establishment that they are not as powerful as they think they are, getting defeated by a working class, blue collar American, that would send shockwaves through this country, not just through the Republican Party but it would empower other people who might be clocking in and out at a factory every single day thinking “You know what? Maybe I could run for something. Maybe I could make a difference. Randy Bryce did, he defeated the man who is arguably the most powerful Republican in the country next to Donald Trump. If he can do it, I can do it.” That’s the most positive message we could send to people all over this country. To be honest, regardless of party, showing that average citizens, the people that you work next to each day, that you could make a difference, you could go to Washington D.C. and work on behalf of the people instead of a corporation, that would send the most positive message.

The other way to defeat Paul Ryan is that even if he wins reelection, which, man, I hope he doesn’t, if we turn the House blue, we defeat Paul Ryan. He’s no longer Speaker of the House. He loses his overall authority there, and that would have just as big of an impact. We’d still have his voice there. We’d have his input, which is unwanted and unnecessary if you ask me. But that would be the second-best option. The first-best option obviously is to have Randy Bryce, Iron Stache, come in, take the day, win that election, and send that message that you don’t have to be a part of the wealthy elite, that you don’t have to take corporate money, that you don’t have to sell your soul or give up your values to properly represent the American people.