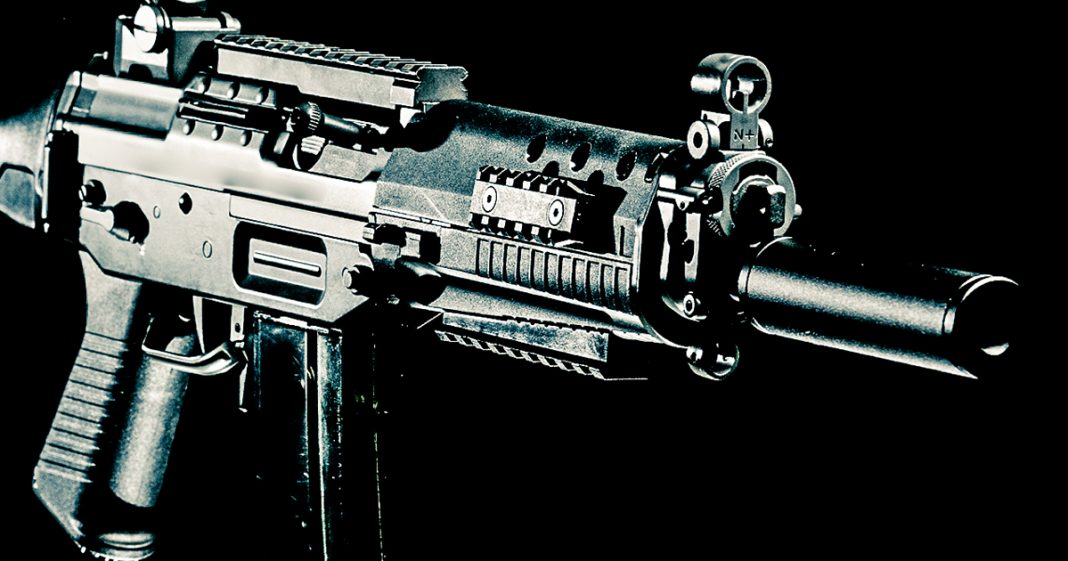 For years, Republicans told us that the Democrats wanted to come and take everyone’s guns away from them. Well, on Wednesday of this week, Donald Trump literally said that he wanted the government to come and take peoples’ guns away from them without due process. Republicans are now freaking out because their years-long talking point was just debunked, as Ring of Fire’s Farron Cousins explains.

For decades now it’s bee pretty much a hallmark of Republican campaigns, whether for local office or for federal offices to tell their constituents, or the voters, that Democrats want to come and take your guns away. They want to know on your door, and if you’re not there, break down your door, go through your house, grab your guns, and take them off to some kind of gun-confiscation facility that the government may or may not already have. And it worked. NRA members bought it up. Gun nuts across this country bought it up. And it actually helped increase sales for gunmakers. Anytime Republicans came out there to say, “Democrats are coming for your guns,” gun sales would go through the roof.

Well, on Wednesday of this week, guess what Donald Trump proposed to do about gun violence here in the United States? He wants to have the government take your guns away. That thing that you accused Democrats of wanting to do even though there was no evidence of it, Donald Trump literally proposed doing that this week. Now, in this meeting where they were talking about gun control, where Donald Trump made the statement that, “Yeah, I’m in favor of going and getting the guns, and then doing due process later to determine if somebody should have had their gun taken or not.” First of all, that’s illegal. But second of all, I 100% agree with Donald Trump on that, and that terrifies me to say. Yes, go take the guns. I’m perfectly fine with that. I have no problem with it. I understand that it might be unconstitutional. But we could change that. We could make laws that would make that perfectly legal. I do think that’s the point that we’re at.

We have to get these massive weapons of war out of the hands of people in the United States. And no, not just the mentally ill ones. Because if you’re stockpiling AR-15s, if you’re one guy and you’ve got 30 of those, that to me signifies a mental illness. So yeah, those guns should probably be taken away. Nonetheless, right-wingers immediately began to freak out about this because this was their guy. This was their party. This was the guy who said he’s great on guns. You know, “We need more guns.” And now he’s sitting there telling them that we’re going to take them away without due process.

They freaked out on Twitter, and it was one of the most hilarious things that I’ve seen in a very long time. They were in shock. They didn’t know what to make of it. “Is this really our guy? Is this Trump? What’s happened to him? Why does he want to take our guns?” Well, the answer is because the guy knew nothing about policy. And finally, finally his lack of experience and lack of intelligence is starting to affect his base, not just the rest of us who are having to suffer with cuts to all kinds of government programs that we depend on, or school funding, or things like that. But now it’s actually starting to affect the rest of you.

So how does it feel? Huh? To know that you got duped? This guy proved this week that he is not on your side, that he is not going to keep his campaign promises, but more important, that he has no idea what the hell he’s doing. I hope you let it sink in. I know Donald Trump’s not actually going to go around and start taking guns away from people. But I want you conservatives to remember how freaked out you got when a Republican president said he was coming to take away your guns.