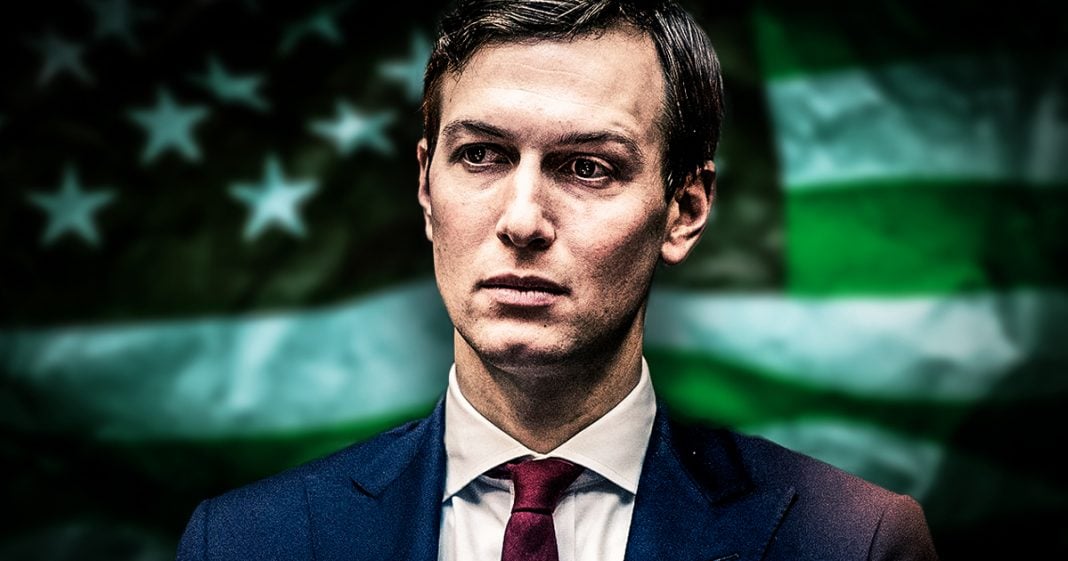 According to a bombshell new report by The New York Times, Jared Kushner met with banking executives while serving in his official position as a senior White House advisor just weeks before those same bankers made huge investments into Kushner’s properties. The report also states that one manager was offered a position in the White House before he loaned the money to Jared. This guy belongs in prison, not the White House, as Ring of Fire’s Farron Cousins explains.

Jared Kushner’s very bad week continues to get even worse. On Wednesday evening a new report came out from the New York Times that detailed how Jared Kushner is essentially using his office in the White House and his position of power to get loans for his businesses. According to the report, Kushner at separate times, met with executives from Citigroup as well as the founder of a private hedge fund organization, private equity group, known as Apollo Global Management. And after he met with each one of these individuals, his group Kushner Companies, his business, then received hundreds of millions of dollars in loans from these organizations after meeting with Kushner in the White House.

And for Joshua Harris who is the founder of Apollo Management Group, there’s even reports that Kushner offered him a position within the Donald Trump White House at some point in the future. Apollo’s Group then decided to give 100 plus million dollars to Jared Kushner’s properties. Citigroup, we don’t know if there was any kind of quid-pro-quo there, but after he met with executives they decided to give him more than 300 million dollars.

Jared Kushner belongs in prison. Jared Kushner is conducting illegal work out of the White House. He is using his position, both being close to the president and as a senior advisor for the White House, in order to secure loans for his businesses. That is what this story means.

Now, Kushner’s lawyers have denied that it had anything to do with the businesses. The folks at Apollo Management Group said that Joshua Harris was not involved in the decision to approve this loan. But that’s absolute nonsense. I don’t believe that for a second. Obviously that’s what these two groups would say if they were trying to cover up some kind of illegal activity.

And again, what is this at this point? We’re four days into the week and we’ve already had four very damning Jared Kushner stories. I mean hell, Hope Hicks had one bad story and she quit a few hours later. But Kushner in one week, four horrible stories about how corrupt and disgusting this kid is, and he’s still serving in the White House. He still has some access to classified information.