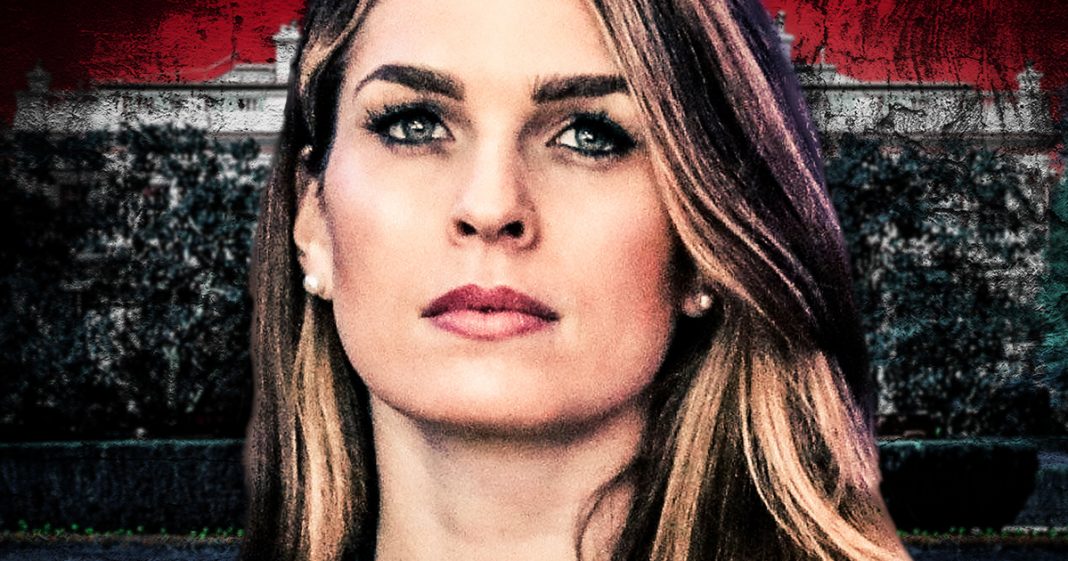 Shortly after news broke about her admission that she lies on behalf of the President, Hope Hicks resigned as White House Communications Director, meaning the Trump admin has lost about half a dozen communications directors in the last 12 months. But the story goes deeper than what most media outlets have reported, and Ring of Fire’s Farron Cousins explains how Trump himself played a role in Hope leaving the administration.

The average tenure of a Donald Trump communications director at this point is two months. But nonetheless, Hope Hicks, who has been with Donald Trump since long before his presidential campaign, has decided that her time is up. After exposing to the world that she likes to lie because the president wants her to, she decided that she just couldn’t do this anymore. Well, as it turns out, there’s a lot more to the story than just that.

According to those in the White House, Donald Trump berated Hope Hicks once that story broke where she admitted that she lied on behalf of Trump, berated her, talked down to her, basically admonished her for what she said during that congressional testimony and that is what actually led her to leave the White House. Hope Hicks, earlier in the month of February, was also kind of involved in the Rob Porter wife beating scandal as somebody who both had an intimate relationship with Porter and who allegedly drafted the White House’s response in defense of Rob Porter.

Yeah, Hope Hicks had a pretty rough February. But when you consider all of the horrible things that have happened among other members of the Trump administration, it makes you wonder why she decided to, after two stories, just say, “Screw it, I’m out.” What did Donald Trump say to her behind closed doors that these aides heard that made her say that she had had enough?

That, to me, is a bigger story than just her quitting. I wanna know exactly what happened and, hopefully, Hope is gonna come forward and let us know eventually what Donald Trump said to her that made her decide to leave his side for good.