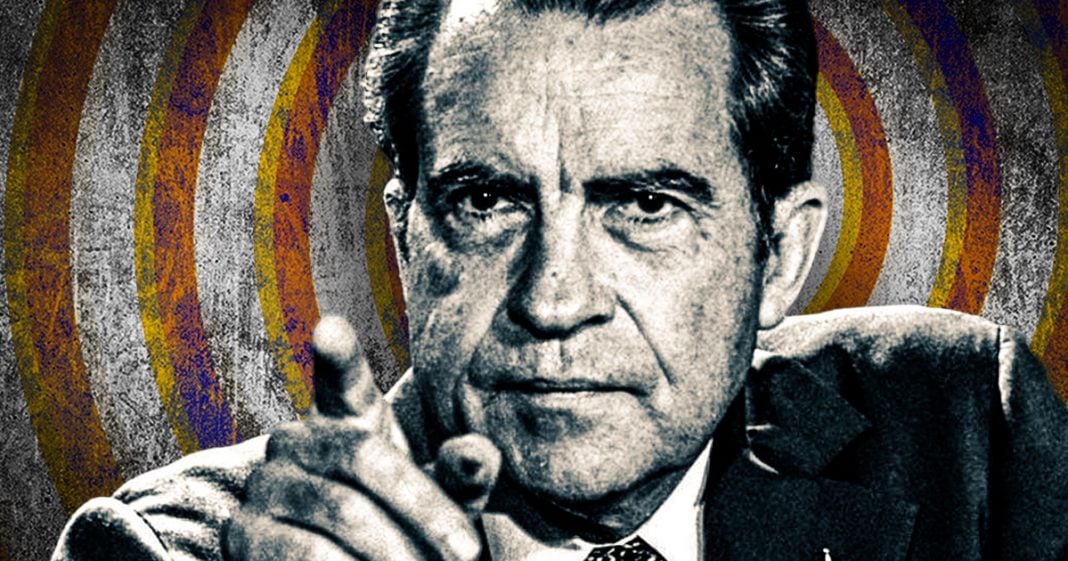 Aides close to Donald Trump have been ordered to keep a running list of people who criticize the President, very similar to the “enemies list” that Richard Nixon himself kept while serving as President. With all of the parallels between the two administrations it is beginning to seem more and more likely that Trump’s administration will end the same way that Nixon’s did, if we’re lucky. Ring of Fire’s Farron Cousins discusses this.

With each passing day Donald Trump is becoming more and more like Richard Nixon. The latest evidence we have of this is the fact that according to the Washington Post White House aides told the paper that they have been instructed to keep lists of people who criticize President Donald Trump. Essentially, they have to keep a running enemies list just like staffers had to keep during the Richard Nixon Administration.

They wanted to make sure they knew who was out there talking bad about the president, what reporters were out there trying to dig out dirt on him, and that is pretty much exactly what Donald Trump is having his own staffers do. Every time Donald Trump cries, “Witch hunt!”, remember that Richard Nixon did the exact same thing during Watergate.

The parallels are becoming just so crazy that it is like living in an episode of The Twilight Zone. History is repeating itself with Donald Trump, from the Richard Nixon Administration, but this particular enemies list is obviously disturbing, in and of itself, without the parallels to Richard Nixon.

According to aides here in this Washington Post story, what they have to do is keep a list of all of the Republicans who say bad things about Donald Trump, or who criticize him, or his family, or his policies. It is then their job to use that list to remind the president what these Republicans said when they run for re-election so that he can make sure that he does not endorse them or say anything positive about them. That’s what this is about.

You know, Omarosa, when she first came into the White House, said, “All of the people, all of the detractors, all the criticizers, they’re going to have to bow down before Donald Trump.” That wasn’t a warning to the American public about what was going to happen, she was boasting that they were going to have to do that! Now, apparently, they do, because if you criticize the president he’s got your name.

I know that the aides said that right now they’re kind of focusing on Republicans, but deep down I know I’m a small guy, as far as reach and influence, but I would love nothing more than to find out that my name, or the name of Ring of Fire is sitting there on a list as someone who regularly criticizes President Donald Trump. That would make me sleep a little better at night, knowing that the president understands that we’re out here with so many others keeping tabs on him, criticizing his every move when it deserves to be criticized, and trying to hold him accountable.

That’s what this list is about, this isn’t just about people who criticize him unfairly. This is about Donald Trump being such a whiny man child that he cannot handle criticism, because he can’t admit that he ever did anything wrong.