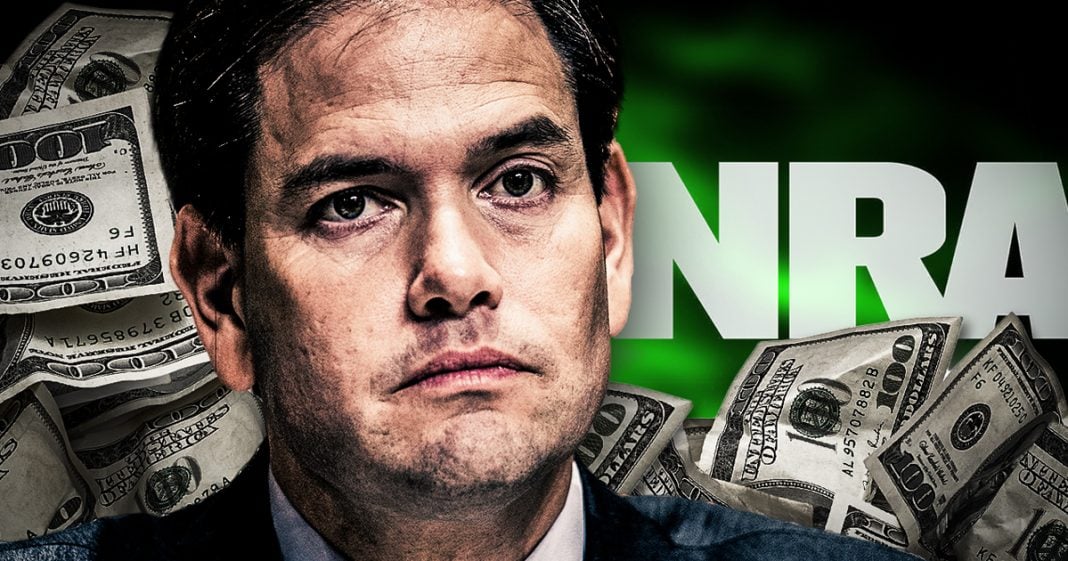 Republican Senator Marco Rubio does not have the fortitude to serve in public office. On Wednesday morning, Rubio tweeted out a whining complaint that Americans clearly don’t like each other and that they are willing to smear people who disagree with them. This is obviously a reference to the Parkland teenagers who are standing up to Rubio and calling him out for his allegiance to the NRA over the safety of our children. Ring of Fire’s Farron Cousins discusses this.

Florida Republican Senator Marco Rubio is very upset that people in this country, specifically teenagers, are mad at him. On Wednesday morning, Marco Rubio tweeted out the following:

“The debate after Parkland reminds us, we the people don’t really like each other very much. We smear those who refuse to agree with us. We claim a Judeo-Christian heritage, but celebrate arrogance and boasting. And worst of all, we have infected the next generation with the same disease.”

Well, Marco Rubio, I understand why you’re upset. Last week during that CNN Town Hall, teenagers, people who just survived a horrific mass shooting, one of the 10 worst mass shootings in the history of the United States, were asking you tough questions about the blood money that you’re taking from the NRA, and you refused to answer and refused to say that you wouldn’t accept that money anymore. They’re calling you out for your disgusting policies, and that’s not something that you’re used to.

I understand why you would think that that means people are being mean to you or people just don’t like you, but that’s no reason to get on Twitter … you’re a grown man … and whine like a little child because you’re not getting your way anymore, or because people don’t agree with you. You’re sitting there trying to smear teenagers who are survivors because they disagree with you, because they’ve lived through it and you haven’t. They’ve seen the horrors, and you haven’t. They know the real-world consequences, and you don’t. And you’re pissed off at them because of it? No, that’s not how this works.

I am exceptionally excited for when all of these survivors begin to turn 18 and start voting in United States elections, not because I think they’re all going to be Democrats, I don’t think they will, but I think they will hold politicians accountable for their refusal to act on the issue of gun control, and Marco Rubio is at the top of that list. He is one of the worst of the worst because he represents theses people in the Senate, and he refuses to do anything.

Instead of coming up with a plan or any kind of action, he decides to go on Twitter and say that, “Gee wiz, Americans just don’t like each other very much, do they?” Well, no. We don’t like people that value money over the lives of our children. I don’t think anybody on this planet would think that that’s okay, except maybe Republicans.