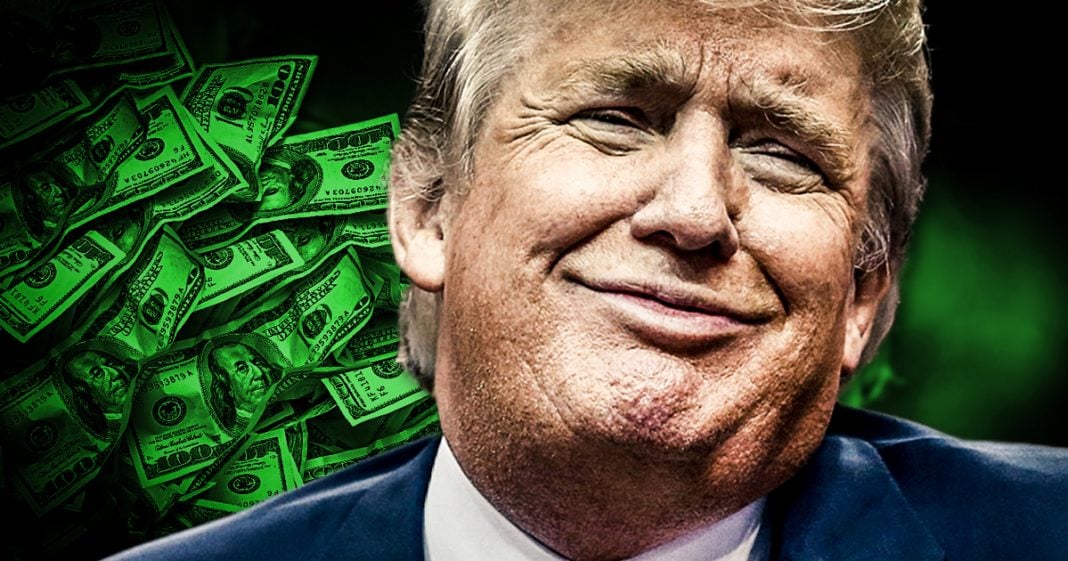 Republicans in the House and Senate are doing everything they can to prevent Congressional investigators from getting their hands on Donald Trump’s financial records, a move that greatly benefits Trump. They are running scared because they obviously believe that there’s something that needs to remain hidden in that information, and Democrats are not too happy about this. Ring of Fire’s Farron Cousins discusses this.

In addition to the Robert Mueller special prosecutor investigation into the Trump administration going on right now, there are also investigations happening in both the House and the Senate into potential Russian collusion or any other wrongdoing by the Trump administration. Since Republicans control both chambers, they’re basically running the investigation so we can’t expect too much out of those, and Republicans made it clear again this week that they’re really not going to allow the Democrats to look into anything that could point to Donald Trump doing something potentially illegal. Specifically, Republicans have once again made it clear that they are not going to let Democrats in the House and Senate on those investigatory committees look at Donald Trump’s personal finances. They’re doing everything in their power to prevent Democrats from getting their hands on Donald Trump’s personal finances.

Why? Well, the obvious answer would be because they probably think that there’s something in there that could point to criminal wrongdoing on behalf of Donald Trump. After all, if they didn’t think it was a big deal, why would they want to shield these finances from the Democrats? The other reason could be, according to Republicans, that there’s no need to. Robert Mueller is already looking into that, so why should we even bother looking at it. We’re doing other things. Well, guess what Republics, in fact, Trey Gowdy is one of the top people who said that Mueller is already doing that so we don’t need to do it, no. Here’s the thing. You’ve also interviewed a lot of the same people that Mueller has interviewed. You’ve talked to the same people. You’ve looked at the same evidence, but suddenly, we’re supposed to believe you when you say that, well, we don’t want to be redundant and look at the same things that Mueller has.

No, what you want to do is protect Donald Trump, because you think that in the end, if he’s exonerated, you’ll be rewarded somehow, but that’s not going to happen. Donald Trump may or may not be guilty of something, and if he’s found to have not done anything wrong and he continues throughout the tenure of his presidency, he’s not going to reward you. You’re not going to get anything special out of this. At the end of the day, being associated with this guy is probably going to do a lot more damage to your career than releasing his tax returns and getting a few angry few tweets from him could ever do.

Everybody knows what you’re trying to do and why you’re trying to do it. You don’t want the Democrats to see that financial information because you’re almost certain that there’s something in there that’s going to point to criminal wrongdoing, because after all, you wouldn’t have to release it if Donald Trump was man enough to just release his tax returns for the world to see, for everybody to get a good look at, and to find out where in the hell exactly this man’s finances are coming from. Who’s invested in his businesses? Who has been talking to? Who has he been dealing with? Is it all on the level?

We won’t know because he won’t release those, and you’re doing a very good job of keeping Democrats in the House and Senate from their getting their hands on that information, but you can’t protect it from Robert Mueller. We know that he has it. We know that subpoenas for financial records have already been handed out, including some to the IRS to hand over information on Trump and Kushner. Do what you have to do, but at the end of the day, if there is criminal wrongdoing there, it’s going to come out one way or the other.