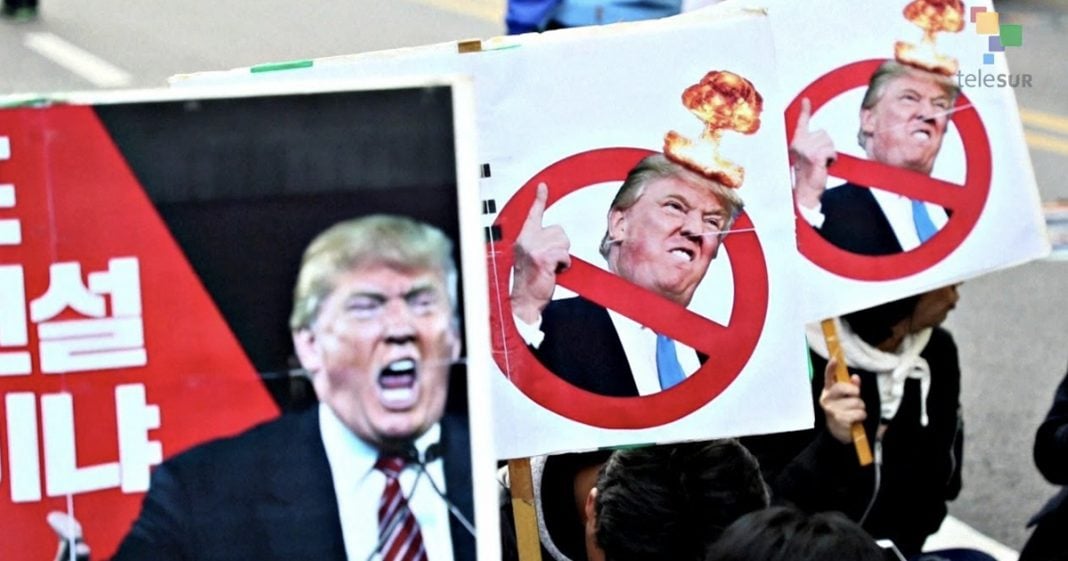 On top of overtly genocidal threats, the Trump Administration has announced new terms: that they “will never accept a nuclear North Korea.” But, the Democratic Peoples’ Republic of Korea already has nuclear weapons. Does that mean a war is imminent?

While the bipartisan warmongering is receiving no push-back from the mainstream media, Abby Martin interviews Tim Shorrock–journalist and expert on US-Korea relations–to learn what is left out of the debate and the potential cost of a new war.