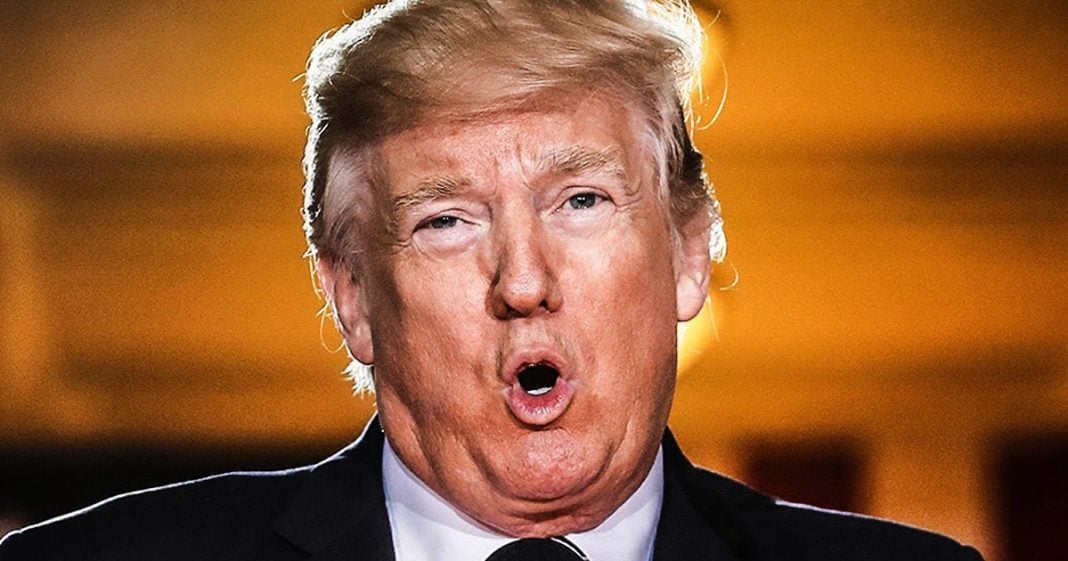 Donald Trump’s campaign believes that they have found a way to profit off of tragedy, and an email blast asking for campaign donations this weekend featured a survivor from the recent school shooting in Florida laying in a hospital bed. The survivors of the massacre have lashed out at the President for his actions with this photo, and Ring of Fire’s Farron Cousins explains why there is nothing off limits for our disgusting President.

Just when you thought the Trump administration could not sink any lower, this past weekend, they decided to send out a campaign fundraising email featuring a picture of a Parkland school shooting survivor in a hospital bed. The message along with that photo said that Donald Trump is working to keep our schools safe. He’s working to ban bump stocks and increase background checks for people trying to buy guns. So please, donate to the Trump campaign, and just in case you forgot, here’s what it looks like when a student gets shot in school.

Now, again, this is absolutely disgusting by the Trump administration. The students at Parkland have already spoken out and said that it is absolutely atrocious that the president would use this image in a fundraising email, and they are 100% right. But more importantly, Donald Trump is trying to gloss over the fact that he is the one, who in February of 2017, rescinded the Obama era rule that made it more difficult for people with mental health issues to get their hands on assault rifles and other guns here in the United States. Donald Trump did that, and now we have these republicans out there saying this is a mental health issue.

But you made it easier for them to get the guns, though. You did that. Don’t sit there now and try to misdirect us, saying we’ve got to do something about mental health, when the only thing you’ve done on the issue is make it easier for them to get guns. Donald Trump is doing exactly what republicans have accused democrats of doing in these situations and he is politicizing it. He is trying to raise money off of this tragedy. There is nothing off limits for a guy like Donald Trump, even using the image of a person who was just shot in a hospital bed to try to get people to give money to his campaigns.

And as for that bump stock ban, well guess what, the ATF this past weekend said they don’t even have the authority to ban those things. So so much for that talking point. As soon as this dies down, if it dies down, Donald Trump is going to back off all of these proposals that he’s come up with, and that is why this cannot die down. People have to remain outspoken. These teenagers at that school have to be heard because if they aren’t, if they’re forgotten, if this issue dies down, so too will the call for increased gun control here in the United States. They have to keep talking. We all have to keep talking about this, and we can’t let Donald Trump try to politicize this tragedy in an attempt to raise money for himself.