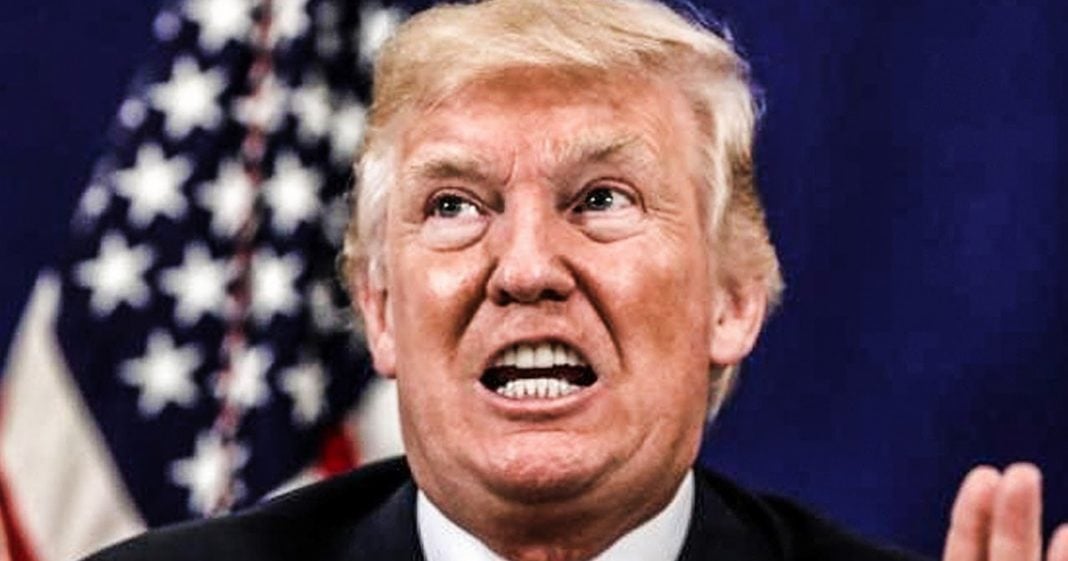 A member of Trump’s legal team has told The Wall Street Journal that the President likely won’t sit for an interview with Robert Mueller, the special prosecutor, because the President is just too busy. Not only does the President have plenty of time to talk with Mueller, but this is a distraction from the fact that his legal team is afraid that Trump will lie to Mueller. Ring of Fire’s Farron Cousins discusses this.

According to a recent interview in the Wall Street Journal with one of Donald Trump’s lawyers, Donald Trump is just too darn busy to sit down and talk with Special Prosecutor Robert Mueller. That is what one of Donald Trump’s attorneys told the Wall Street Journal. He’s just too busy, he doesn’t have the time for it. He’s the President of the United States. He’s got so much going on. We can’t expect him to take a few hours out of his day or hell, even half a day to go sit down with the special prosecutor. Good grief, what would happen to the country if Donald Trump wasn’t there running it?

Well, there’s two things about this statement. First and foremost, yeah, Donald Trump has plenty of time to go do it. If he can find the time to go golfing more than 100 times in his first year in office, I think he has enough time to sit down with Robert Mueller. If he has time to work only about six hours a day, according to the official presidential schedule, then I think he’s got plenty of time to sit down with Robert Mueller and answer some questions.

But the reason that his attorneys don’t want him to sit down and answer these questions has nothing to do with him just being way too busy to do it. It’s because they believe he’s going to lie. They believe he’s going to walk right into a perjury trap and then find himself on the fast track to impeachment. That’s what they’re afraid of. So, this latest excuse of, “Oh, Donald Trump doesn’t have the time to do it,” it’s an absolute lie. Donald Trump has nothing but time because he hates his job. He doesn’t like doing it, and that’s why he’s not doing a very good job at it. He doesn’t want it, he doesn’t want to do it. He doesn’t want to be bothered. He wants to go play golf and have fun and live tweet Fox and friends.

He doesn’t want to sit down with Mueller because he knows that Mueller knows things that he doesn’t, and so he’s gonna end up lying about it. He is not honest enough to just tell the truth. They can’t ever catch you in a lie if you’re just honest. They might catch somebody in a lie that already testified in front of Mueller. How about that? But no. Donald Trump’s lawyers know the truth. They know that Donald Trump cannot be trusted and that he will likely lie to cover up potential criminal activity that he committed. So, they’ll keep him away from Mueller as long as possible, but as soon as a subpoena comes out, there is nothing they can do to continue protecting the president from this investigation.