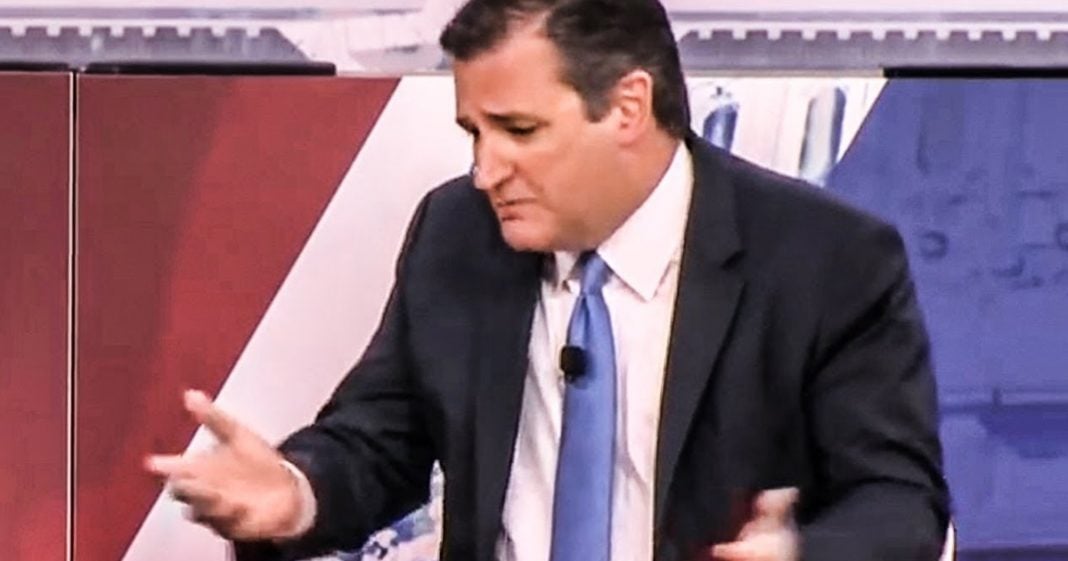 During an interview at CPAC this week, Republican Senator Ted Cruz proclaimed that the Republicans are proudly the party of Homer Simpson. And for the first time in his career, he’s being 100% honest. Bumbling idiots that don’t understand basic concepts yet somehow always manage to fail upwards is a perfect description of both Republicans and Homer, as Ring of Fire’s Farron Cousins explains.

This past week was the CPAC conference, where horrible conservatives from all over the country came to get their marching orders, and listen to people lie to them for several days on end.

However, Ted Cruz showed up at this event, and he was interviewed on stage. And he actually said something that was completely 100% true. Take a look.

Ben Domenech:
Questions for you, but I know that you’re a big fan of the Simpsons. I know that you believe that they can tell us actually a lot about America.

Ben Domenech:
Yes, exactly. And I actually believe that you can learn a lot about deep policy by using the Simpsons as a starting point. For instance, when Homer and Lisa were having a conversation about gun rights in America, look it up, it’s in the Cartridge Family episode, Homer points out that guns are for things like protecting your family, hunting delicious animals, and making sure that the King of England never shows up to push you around.

Ben Domenech:
Lisa’s response to this is to say that “Well dad, it’s actually a relic, a remnant of the revolutionary war era. It doesn’t really mean anything anymore.”

What do you say to that?

Ted Cruz:
I think the Democrats are the party of Lisa Simpson. And Republicans are happily the party of Homer.

That’s right ladies and gentlemen, the Republican party of the United States is the proud party of Homer Simpson. And again, that’s 100% accurate, because Homer Simpson is a bumbling idiot, who’s not very intelligent, border line mentally handicapped, and yet somehow he continues to fail upwards. Doesn’t that sound like a political party that we know here in the United States? Doesn’t that kind of sound like the president that we have? And the last Republican president that we had?

Yeah, that’s pretty much exactly the same. So I agree with Ted Cruz on this, he and his party are all Homer Simpsons. They don’t know what they’re doing in any particular situation, they don’t know how to handle that situation, because they don’t have the mental power to do it. They can’t control their rage, they can’t control their other bad habits, they can’t help themselves from being horrible people every now and then. Just like Homer Simpson. And that’s what the Republican party is.

So I have to praise Ted Cruz, for finally, once in his career, telling America voters the truth about what the Republican party really is.