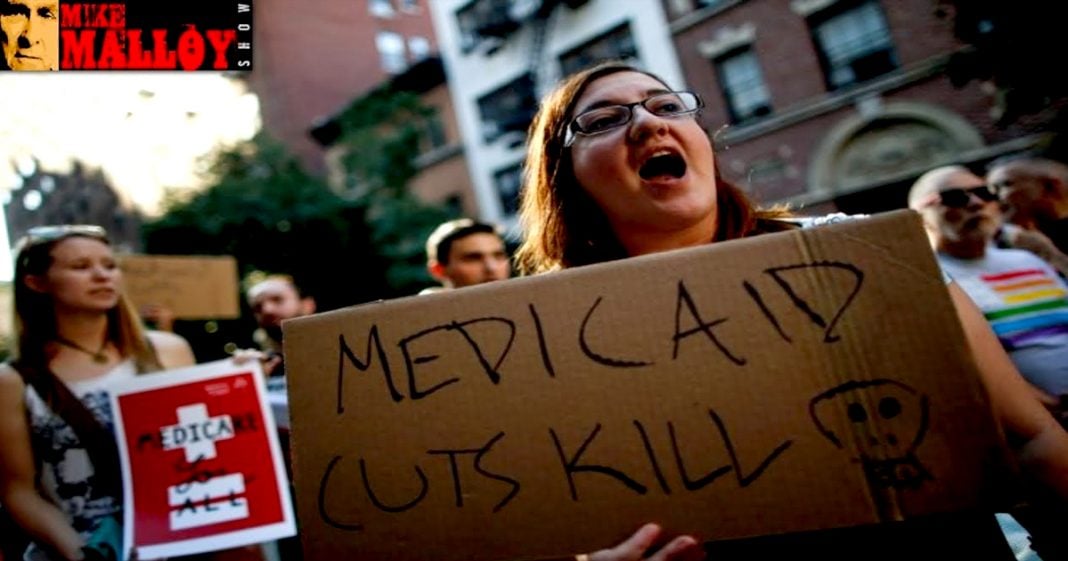 With approval from the Trump administration fresh in hand, Kentucky is rushing to roll out its first-in-the-nation plan to require many Medicaid recipients to work, volunteer or train for a job — even as critics mount a legal challenge to stop it on the grounds that it violates the basic tenets of the program.

At least eight other Republican-led states are hoping to follow — a ninth, Indiana, has already won permission to do so — and some want to go even further by imposing time limits on coverage.

Such restrictions are central to Republican efforts to profoundly change Medicaid, the safety net program that has provided free health insurance to tens of millions of low-income Americans for more than 50 years. The ballooning deficits created by the budget deal that President Trump signed into law Friday and the recent tax bill are likely to add urgency to the party’s attempts to wring savings from entitlement programs. Mike Malloy discusses this.

Read the full story here: Kentucky Rushes to Remake Medicaid as Other States Prepare to Follow