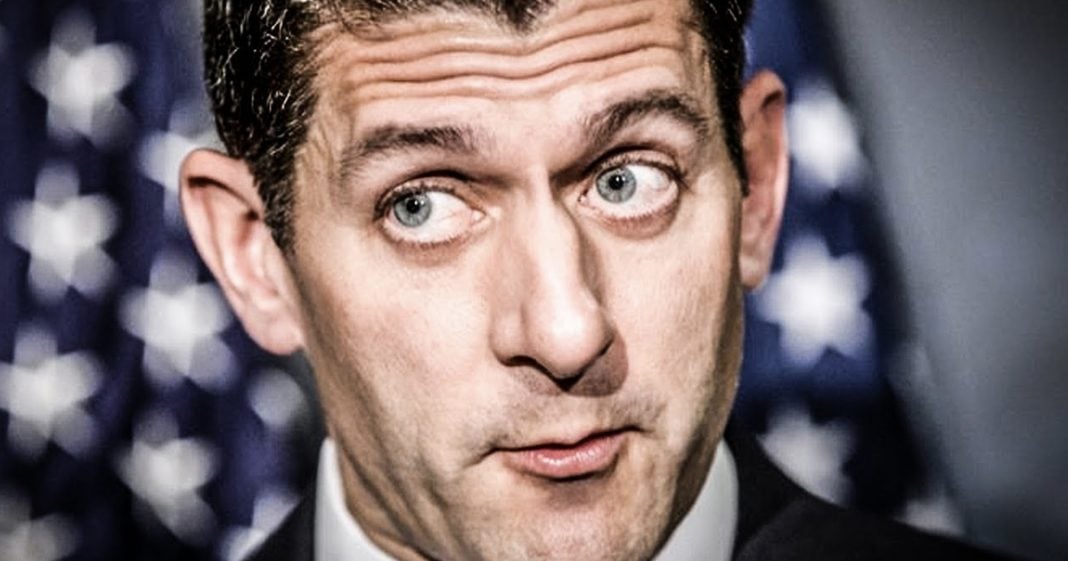 The attacks and sabotages that Republicans are carrying out against the Affordable Care Act (Obamacare) appear to be working, and their policies are going to cause an 18% spike in premium prices for subscribers. This is EXACTLY what the Republicans wanted – they sabotaged the program just so that they could say it doesn’t work, as Ring of Fire’s Farron Cousins explains.

You better hope that corporations are planning on giving you a massive raise with that tax cut money that the Republicans just gave them. According to a new study, next year, starting in January 2019, your health insurance premiums are likely going to rise by more than 18% and it is 100% because of the policies enacted by the Republican Party of the United States. According to studies, the Republican attacks on the individual mandate of the Affordable Care Act, Obamacare, which is what they actually got rid of, they got rid of the individual mandate, because of that and because of these cheaper, short-term plan alternatives that they’re offering, healthy people are going to leave the Obamacare insurance pool, leaving only those with preexisting conditions, those who go to the doctor more than other people, left in that pool, which means the rates are going to increase across the board.

Not to mention the fact that if people are no longer fined for not having health insurance, some of them are going to drop it altogether, which leaves fewer people paying in, which means corporations recoup the costs by raising the rates on everyone else. This is all because of what Republicans have done to health insurance here in the United States. They’re bragging about the fact that some people in this country just got a 1% or 2% pay raise even though fewer than 25% of people in this country actually got those raises. Corporations say that only 2% of their employees are getting raises because of tax cuts, but nonetheless we’re about to see an 18% increase in our insurance premiums because of Republican policy.

Are they gonna talk about that? Are they gonna bring up the fact that they’re costing us more money, far more money than any of us could possibly get in the form of a tax cut raise? No. They want Obamacare to fail. They’re not gonna tell us that they’re the ones who sabotaged it to raise the rates. They’re just gonna show us, “Look how high those rates went. Look how bad Obamacare is. Look how horrible Barack Obama was as a person because this is happening. Democrats are stupid, Republicans are smart, and that’s the way it is. Vote for us again!” Well, no. The reason Obamacare rates are rising is because Republicans sabotaged it so that it would happen.

This was part of their plan, not just to destroy it but to cripple it so that it couldn’t work. Then they could go back and show you what a failure it is. Well, it is beginning to fail, but it’s not because of what the Democrats did. It’s not because of what Obama did. It’s because of what Republicans are. They are greedy, disgusting, worthless almost human beings serving in positions of power to enrich themselves and their corporate donors. That is what all of this is about.