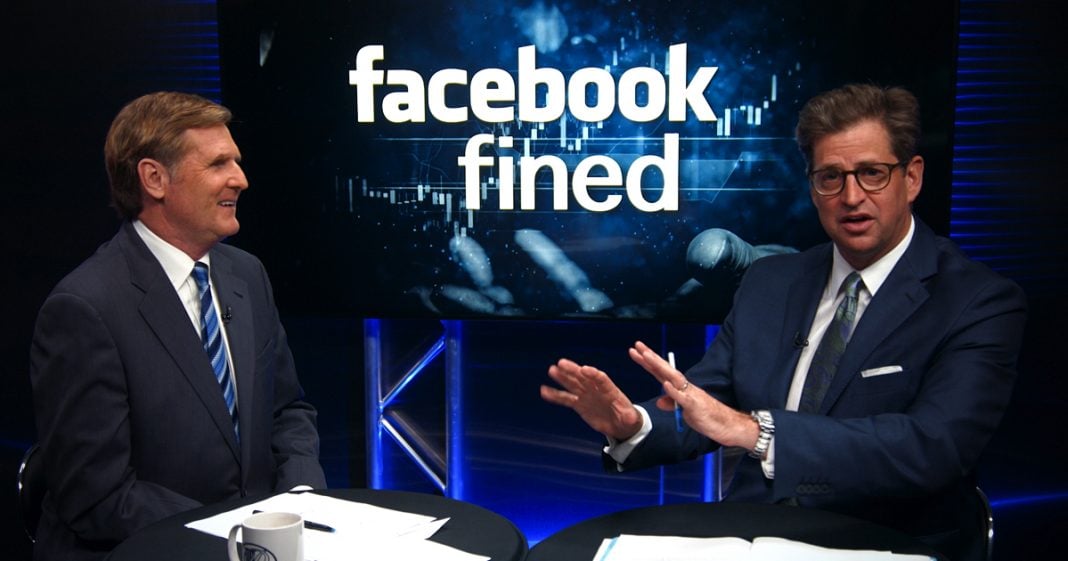 A court in Brussels has hit Facebook with a fine of over $100 million dollars for collecting data on Belgians without their consent. This is a huge step forward for privacy rights, but the big question is whether or not the US will follow suit. Mike Papantonio and Peter Mougey discuss this.

Mike Papantonio: A court in Brussels has hit Facebook. I love this story. They’ve hit Facebook with a fine of more than 100 million dollars for collecting data on Belgians without their consent. This is a huge step forward for privacy rights. The big question is whether or not the US will follow suit. Now, think about it. The only place in the world so far the Facebook gets hammered is in Brussels when they say, “Look, you owe us up to 124 million dollars in fine.” They go up and say, “Every day that you prevent us from knowing about the personal data that you’re collecting on our citizens, you’re gonna get with $311,000 a day for a fine.”

Now, what is your take? It’s just common sense-

Peter Mougey: There’s a couple things to me that jumped out. One what that they, that Facebook was secretly tracking the internet activity of people, regardless of whether they had Facebook accounts. But here’s what I thought was interesting. Is that their answer from Facebook, they didn’t say, “Oh no, we’re not.” Or, “We’re not gathering information.” Or, “We’re not collecting it.” They said, “The cookies and pixels we use are standard in the sector.” Meaning we don’t do anything that anybody else does. That’s the standard. As long as it’s a race to the bottom. As long as we just do what everybody else is doing, it’s okay.

Mike Papantonio: Well, and by saying that, they’re saying everybody’s doing it.

Mike Papantonio: We’re collecting everything we want about you. We’re collecting every bit of detail we want. We’re hiding the detail form you. You don’t even know that we have the detail. And oh, by the way, we’re then going around and we’re selling it to people so they can make you crazy with sending you all types of advertisements. Now it’s not just the internet. Now you’re getting mail. You’re getting telephone calls.

Peter Mougey: And that doggone Alexa thing, I swear that’s part of it. I thought what was interesting, too, was that the order from the Belgians says that Facebook has to stop tracking and registering internet usage, or else they face a $311,000 fine every day up to 124 million for every day it does not comply. They said, “Knock it off. That’s enough.”

Mike Papantonio: Well not only that. They tell them that you have to destroy the information you have. Now, let me ask you. What are the chances of that ever happening in the United States?

Mike Papantonio: With any-

Mike Papantonio: With any kind of agency. Now, Jeff Session of course, has had the opportunity through the Department of Justice to do some things. And of course we’ve had at least four or five regulatory committees that have had the opportunity to do exactly the same kind of thing that’s happening here, but the truth is they don’t have any intentions of doing that. That’ll never-

Peter Mougey: To worry about this kind of stuff.

Mike Papantonio: So this’ll never happen. That’s the ugly thing about it.