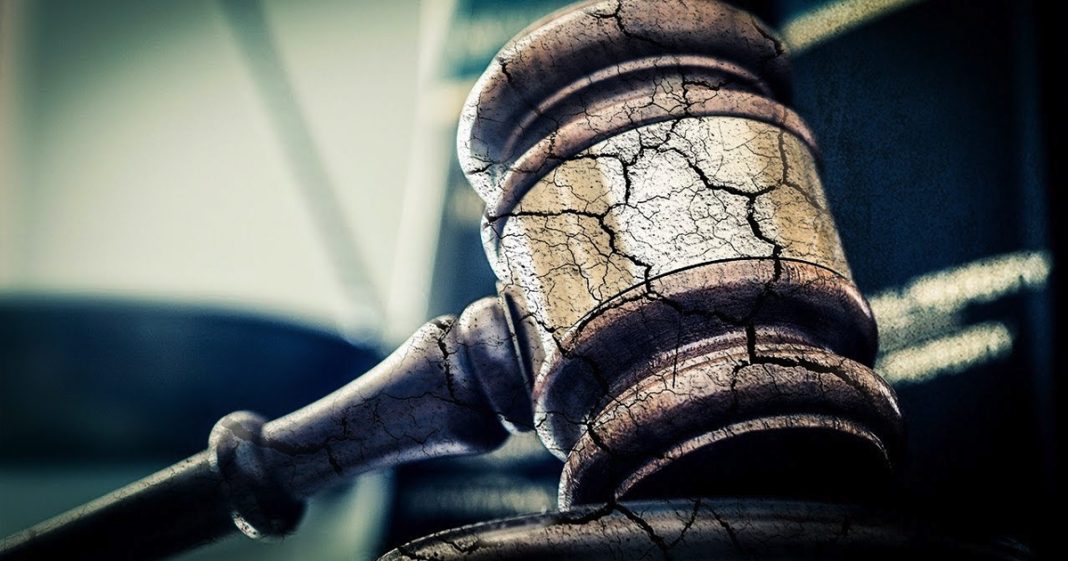 President Trump is furious that the Pennsylvania Supreme Court won’t allow the state to use their gerrymandered districts for the upcoming midterm elections, so he told Republicans in Pennsylvania via Twitter that they need to ignore the Supreme Court’s ruling and use the illegal districts anyway. Could this be an impeachable offense? It certainly seems that way, as Ring of Fire’s Farron Cousins explains.

Recently, the Pennsylvania Supreme Court ruled that the state’s districts were severely gerrymandered to benefit the Republican Party. When the Republicans said, “Okay, we’ll change them, but can we just have them for this year’s midterms?” The Supreme Court said, “Absolutely not. That’s pretty stupid. You’re going to change these districts, redraw all these lines before the 2018 midterms.” So, that’s the official court ruling, so therefore that is the law.

Now, I’m not legal scholar, but I’m pretty sure that that Donald Trump statement of ignore what the Supreme Court says and do whatever the hell you want to do anyway, break the law, yeah, pretty sure that is illegal. You can’t do that when you’re in a position of authority over someone else by telling them to break the law.

Donald Trump may have just committed yet another impeachable offense here by telling these Republicans in Pennsylvania to ignore a ruling of the Supreme Court. Will he face any justice for this? Absolutely not. Is anybody really going to even talk about this beyond the next day or two? Probably not.

However, this is a very real and a very serious story that shows just how much contempt Donald Trump has for the rule of law in the United States. The majority of voters who turned out for the last election in the state of Pennsylvania voted for Democrats for their house seats, yet the majority of Republicans won. That’s how badly that state is gerrymandered. That even though the majority of the votes cast go to Democrats, the majority of people elected end up being Republicans. That’s by design. That’s what the Supreme Court saw. They said, “You can’t do this,” and Donald Trump says, “To hell with the rule of law, I want you to do what I want you to do. Ignore the laws. Do what I say. I’m the guy in charge.” You can’t do that. That’s illegal.

But, again, we have such a spineless congress, spineless senate, and absolutely a spineless vice-president. Nobody is going to hold Donald Trump accountable for encouraging elected Republican officials to break the law and that’s a shame.