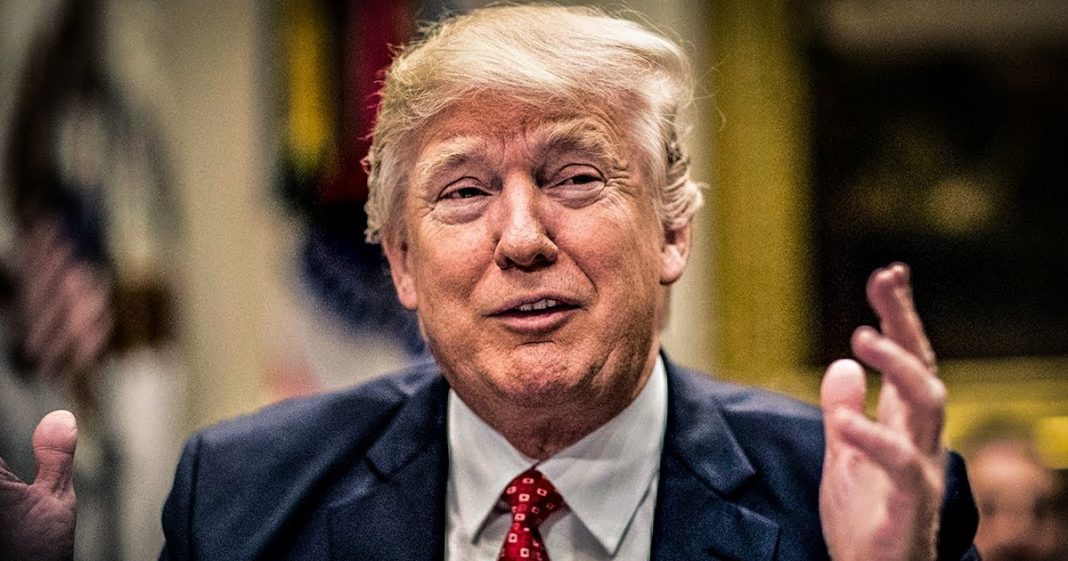 Donald Trump’s 2019 budget slashes funding for renewable energy projects in the United States while upping federal funding of fossil fuel projects. Not only is this bad for the environment, but it is a disaster waiting to happen for the US economy. While every other country on the planet is moving forward, we’re still stuck in the past, as Ring of Fire’s Farron Cousins explains.

Donald Trump’s 2019 budget slashes funding for renewable energy and environmental protection projects in the United States, while upping the amount that we’re giving to fossil fuel companies already. Now, bear in mind for a second that the United States government subsidizes the fossil fuel industry to the tune of between four and seven billion dollars every single year. Rather than trying to say, “Okay, we’re just not going to give you the subsidies. We’re not going to give anybody subsidies,” Trump says, “You know what? We’re taking subsidies away from renewable energy projects, which is the fastest-growing energy sector in the United States, and we’re giving it to the dying fossil fuel industry just so maybe they can eke out another one or two years before they tap out our oil reserves and our coal deposits, and they just have nothing left to go on.” Meanwhile, you’re going to cripple the renewable energy industry, cost us thousands upon thousands of jobs, and set us back decades with our energy policy here in the United States.

At a time when every other industrialized country in the world is trying to make the switch from fossil fuels to renewable energy, we have a president that wants us to continue down the path that has been proven to be wrong. The path that has proven to lead to destruction of our planet, of our health. That’s the path that Donald Trump wants to go down. He doesn’t want us using things like the sun or the wind for energy. “No, no, no, no, no. You can’t have sun. You can’t have wind. Those don’t cost enough, and so we’re going with the fossil fuels. I made all those lofty promises to the coal industry that I was bringing those jobs back, even though I know that’s not possible, so I’ve gotta throw them some crumbs, if you will, to make them think I care about it, so I get those votes again in 2018 in the midterms, and 2020 in the presidential election.” It’s not going to happen.

We have hit a point, as far as the climate is concerned, where we can not afford any more inaction. What’s worse now from this administration is that we’re not just getting inaction, we’re getting negative action. We are going backwards. We have increased fossil fuel production in the United States. Trump’s budget wants to increase the funding for fossil fuel exploration and exploitation in the United States while reducing the renewable energy sector that again, fastest growing energy sector in the United States. It was spreading like wildfire, and he’s trying to kill it, which will kill American jobs, which will help destroy the economy.

That’s another talking point here. We’re talking about the economic livelihood of the United States. Forget for a second that climate change exists, that fossil fuel burning is helping to exacerbate it. Let’s just talk about the economics. When we have an administration that wants to double down on a fuel source that is finite rather than investing in something that comes every single day fresh and clean, we’re ruining our chances at a sustainable economic sector. The fossil fuel will run out eventually. Sun, wind? It’s not going to die out as long as human beings are alive, and yet Donald Trump wants to continue us down that path, because he’s so beholden to the fossil fuel companies, because the Republican Party is so beholden to the fossil fuel companies, that they’re willing to destroy the environment, destroy the economy, just to give those guys a few extra bucks every single year.