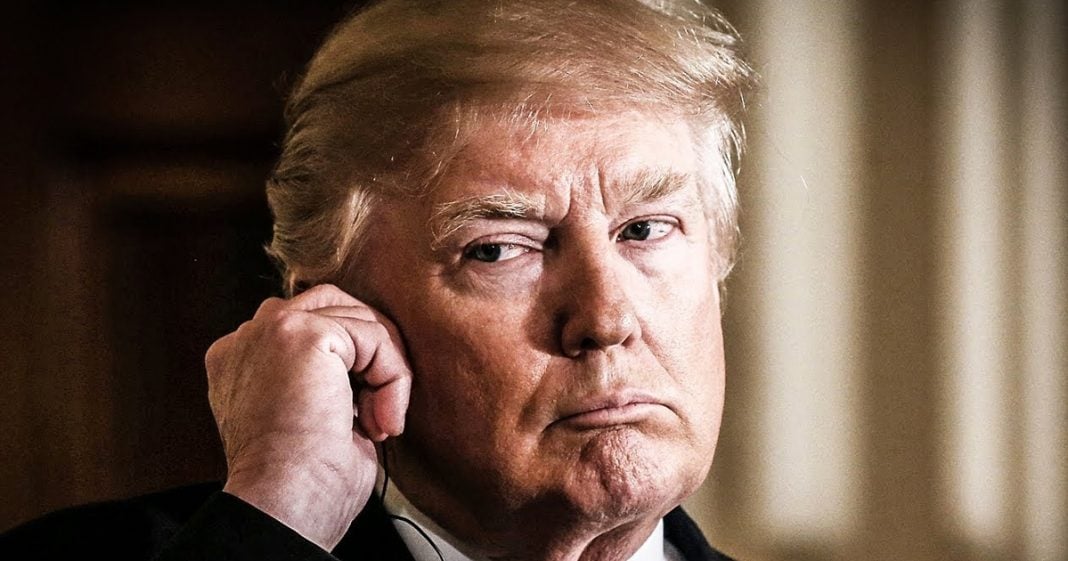 Former Director of National Security James Clapper said that the recent indictments against Russian trolls were just small potatoes and that we should be ready for the next “shoe to drop” from Mueller. According to Clapper, that “shoe” likely has something to do with Donald Trump’s finances, and that could be the end of Trump. Ring of Fire’s Farron Cousins discusses this.

According to James Clapper, the former director of National Intelligence for the United States, the recent indictments handed down by the special prosecutor’s office of the Russian trolls, that was just window dressing to an extent. Clapper believes that a major shoe is about to drop in this investigation and that shoe is going to take the shape of President Donald Trump’s personal and professional finances.

Now, Clapper admitted that this is speculation, but he’s a guy who’s seen investigations like this plenty of times throughout his life. He understands the kinds of information that Mueller has his hands on, and he also readily admits that Mueller knows a hell of a lot more about what’s going on than anybody else who’s not involved in that investigation, but that is why he believes that the finances of Trump and Trump Properties are what are going to finally end the Trump presidency or at least result in Trump himself getting an indictment of some kind.

And to be honest, based on what we’ve seen in the last few days that seems pretty spot on because immediately after these indictments were handed down last Friday, it was announced that Mueller and his team are looking into the finances of Jared Kushner to see where these loans originated from and to determine whether or not the business dealings of Jared Kushner, both in the United States and overseas have had any kind of impact on his meetings with overseas officials as an official employee of the Donald Trump White House.

They are trying to determine if there’s any kind of pay for play going on or before it even made it to the White House. If, there were any kind of shady financial deals that didn’t quite meet up to the legal standards that the rest of the people in this country have to abide by.

So, yeah, we know that Mueller is looking into finances involving at least some of Donald Trump’s family members, even if it’s just a son-in-law. So we have no reason to think that Mueller is not also looking into Trump’s finances. Again, let’s not forget that Deutsche Bank back in December got subpoenaed for records involving Donald Trump’s personal finances. So, yes, we know for a fact that he’s looking at those right now. And hopefully Clapper is right. You know, not that the 13 indictments were just kind of an “All right, well here’s this thing. Now let’s move on.”

Because that is a serious issue that seriously needs to be address, but let’s hope that he’s correct in the fact that Mueller has even more information than any of us could even fathom and that, that information revolves around Donald Trump’s shady personal and professional business dealings and that maybe it’ll be enough to finally bring this presidency to a close.