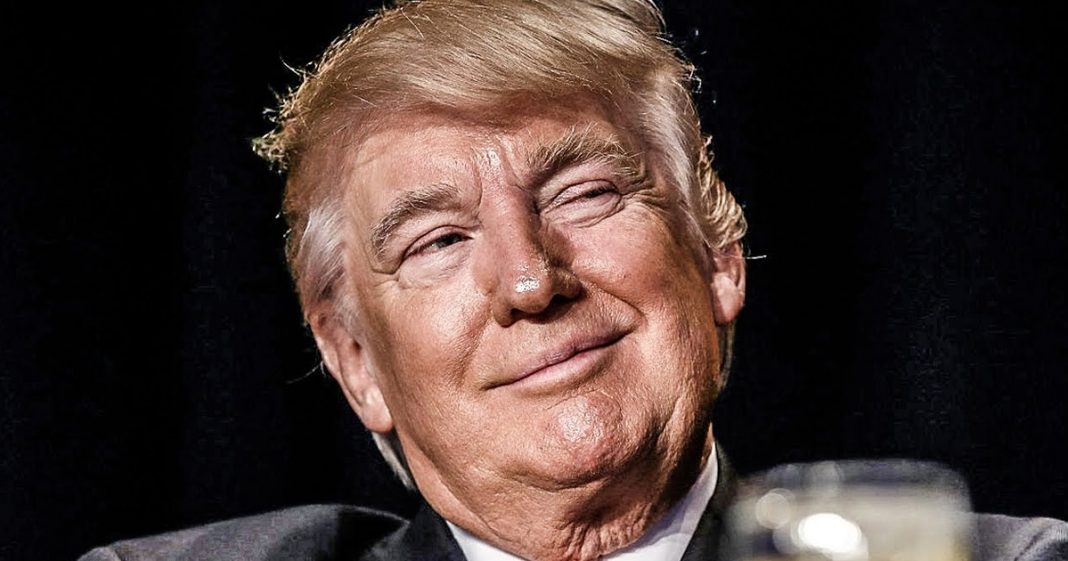 Donald Trump could not have failed harder in his response to the recent violence in Parkland, Florida. After his insensitive and idiotic photo op where he was giving his “thumbs up pose,” he went to play golf while parents were burying their children just a few miles away. To make things worse, he has no plan on how to handle gun violence, so he asked his wealthy buddies at Mar-a-Lago what we should do about gun violence in the United States. Ring of Fire’s Farron Cousins discusses this.

Donald Trump could not have had a worse response to the recent tragedy that took place in Parkland, Florida. Last weekend, he goes down to south Florida because he wanted to go to Mar-a-Lago, but he decides he’s gonna stop by, he’s going to see the first responders. And in that picture, this big doofus is giving the biggest smile you’ve ever seen along with his thumbs up, because he’s just so damn happy to be there, right?

17 people were killed by a weapon that should be illegal because 14 years ago, it was illegal. And he thinks the smart thing to do is to sit there, grinning like an idiot with his thumbs up, acting like he’s done something great. Then, he gives a speech about the issue, doesn’t once mention the word ‘gun,’ and instead, says this is a mental issue while completely glossing over the fact that he personally repealed an Obama-era rule that made it harder for mentally ill people to get their hands on guns.

Donald Trump owns this tragedy. Every way you slice it. And he kind of understands that, I think, because according to reports, on Saturday, Donald Trump, while at Mar-a-Lago, after golfing earlier in the day, just a few miles away from where parents were burying their children, Donald Trump asked his wealthy buddies at Mar-a-Lago, “What should we do about gun control in the United States?”

That’s right, Donald Trump is not turning to policy experts. He’s not turning to researchers or doctors or any kind of person who knows anything about anything and instead is asking the people who are paying $200,000 initiation fee to be able to walk through the doors at Mar-a-Lago, what they think should be done about gun control in the United States. What do you think, Mr. Wealthy Real Estate Developer? What are your thoughts on this tragedy?

What do you think, Mr. Hedge Fund Manager? What should we do about guns? I know you don’t know anything but them, but what do you think? How do we protect our kids? How is your money going to keep these children safe? Well, it’s not. And neither is Donald Trump. He doesn’t take the issue seriously, he is attempting every which way to shift the blame on to someone else or something else, mental health issues, you know, there’s not enough security at schools. Everything but the fact that this AR-15 rifle should not have been in a civilian’s hands.

And I don’t think he got any decent answers there at Mar-a-Lago, either, because we didn’t see him tweeting about him the next two, three days afterwards. He didn’t say, “Hey, I just spoke with a bunch of Wall Street brokers and we together have fixed the issue of gun violence here in the United States.” That didn’t happen because the president doesn’t take it seriously, and if he did, he would be out there talking to people who actually understand what happened. He’d be out there talking to parents. Or, more importantly, he’d be talking to the survivors. The survivors that showed up in Washington DC. The survivors who on social media are demanding that something be done because their friends are now in boxes in the ground. Think about that. There are plenty of people out there that want to talk gun control policy with you, Mr. President. Your wealthy buddies at Mar-a-Lago aren’t any of them.