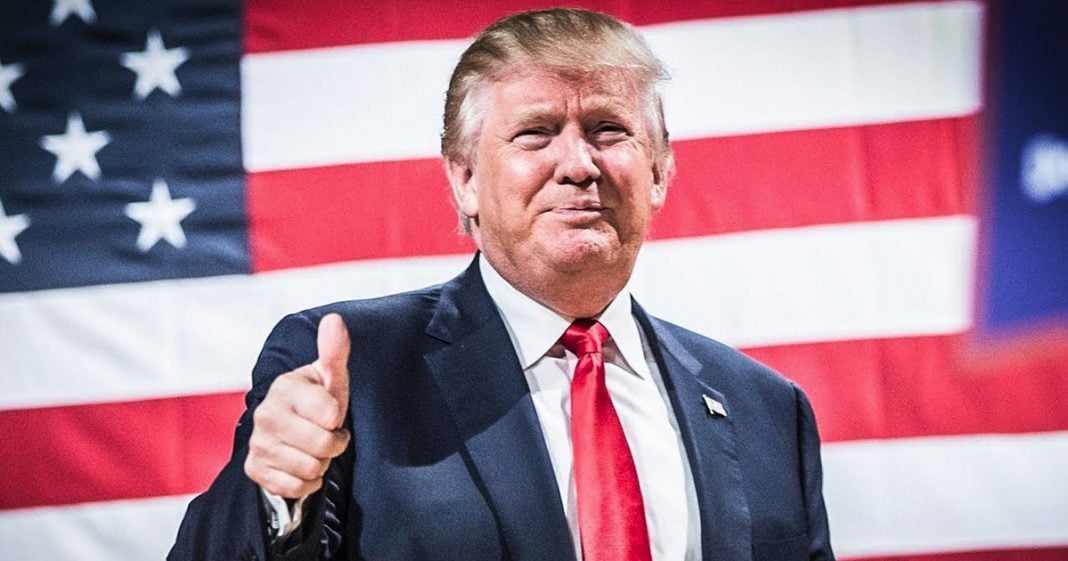 A new report shows that Donald Trump refused to pay the contractors that were helping to construct his DC hotel and that the Trump organization was fined nearly $3 million around the time of Trump’s inauguration. This story is just one of many that gives us a clearer picture of the kind of disgusting human being that Donald Trump truly is. Ring of Fire’s Farron Cousins discusses this.

If you’re wondering how a guy like Donald Trump, with as many failures as he’s had throughout his entire professional career, has been able to make so much money, well, here’s a good hint. He doesn’t pay his bills.

According to a new report, shortly before his inauguration in 2017, in December of 2016, a lien was placed against Trump Properties for work done on their D.C. hotel for which they failed to pay a nearly $3 million tab to a construction company that was working on HVAC, water services, and sewer services for the construction of that hotel. The day before Trump’s inauguration, so on January 19, 2017, Donald Trump had to personally make a phone call to the owner of the construction company to settle this $3 million debt.

Donald Trump, if you ever wanted a story that really paints a clear picture of what kind of a horrible person he is, this is it. Donald Trump doesn’t like to pay his bills. He owed this contractor, who, by the way, was a Trump supporter and voted for Trump, owed him $3 million and refused to pay until this group went to court to get him to pay up. And the sick, sad, twisted thing is that this guy, who Trump owed $3 million, still claims to be a Trump supporter even though he stiffed him on a $3 million bill and wouldn’t pay up until the courts got involved.

But that’s how Donald Trump operates. He is not an honest human being. He’s certainly not an honest businessman, yet people in this country, for some reason, seem to think that he’s one of the best there is. No. You have to pay your bills, because guess what? Recent reports have shown us that average American citizens are beginning to go to prison for failure to pay their private debts. Not court fees, not things like that that you could be thrown in jail for, but just, if you’re behind on your credit card payments, they’re starting to put those people in prison.

Yet, you get a guy like Donald Trump who can owe $3 million to a construction company and nothing happens. He gets to make a phone call himself and say, “Hey, we’ll figure this out. I’ve got to go. I’m about to be inaugurated as President of the United States.” Not to mention the fact that during this whole time, weren’t Eric and Don Jr. the ones supposed to be running the company? Trump himself had said, long before this lien was even placed in the court, that he had already handed over control of the companies to Eric and Don Jr. So either he was completely lying about that, or Eric and Don Jr. are even dumber than we thought. Personally, I think both of them happen to be true.