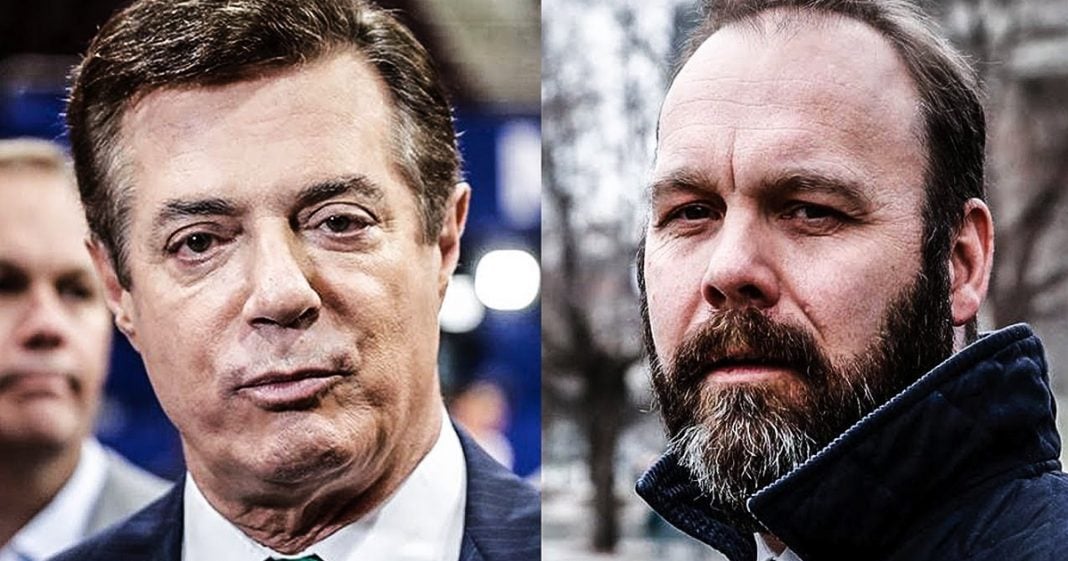 Paul Manafort and Rick Gates have been hit with even more indictments this week, including charges of fraud and money laundering. What’s interesting about the new indictments is that the conduct continued until October of 2017, blowing up one of Trump’s favorite talking points that the criminal activity of the two ended long before they joined his team, but now we know that it was actually happening WHILE they were part of his team. Ring of Fire’s Farron Cousins discusses this.

It’s been a very busy week for special prosecutor, Robert Mueller. On Thursday afternoon of this week, he handed down even more indictments to the already indicted Paul Manafort and Rick Gates. These indictments include laundering as much as $30 million and acting as unregistered foreign agents for the Ukraine. In addition, they’ve also been charged with fraud and lying to the IRS.

The best thing about this particular story is that Donald Trump, when these indictments first came out, the first set of indictments against Manafort and Gates, he said, “Oh well. Whatever. This all happened long before these guys were even a part of my campaign, before they were even on my team.”

Well, guess what? These new indictments show us that this activity, this criminal behavior, was actually taking place as recently as October of 2017, after the investigation had already started, after they’d already left the Trump campaign. So, yeah, Donald Trump was busted in yet another lie, trying to cover up for the corruption that took place under his watch, during his administration, either because one, he wanted to keep it secret, or two, he was too stupid to even realize what was going on here.

But Manafort and Gates are now in a hell of a lot more trouble than they were even with the first round of indictments that came down. Yet what’s interesting is that two days before this indictment came down, Fox News was doing segments and posting on Twitter, talking about the fact that these men needed to take away their guilty pleas and try to have these charges dropped because they were totally 100% innocent in all of this. Then a few days later, we find out, oh no, not only are they not innocent in that stuff, but they’ve also been laundering money, they’ve been lying to the IRS, they’ve committed fraud amongst tax preparers, and they were hiding a hell of a lot of money in the Seychelles islands. Yeah, I don’t think these guys should withdraw their guilty pleas. Now they’re going to have to plead on these new indictments.

But at the end of the day, it just makes Donald Trump look even worse and it shows that Mueller is going after absolutely everything he can get his hands on with these dirty and disgusting people that he is forced to investigate. I don’t think it’s going to be too long before Donald Trump himself finds himself on the wrong end of an indictment.