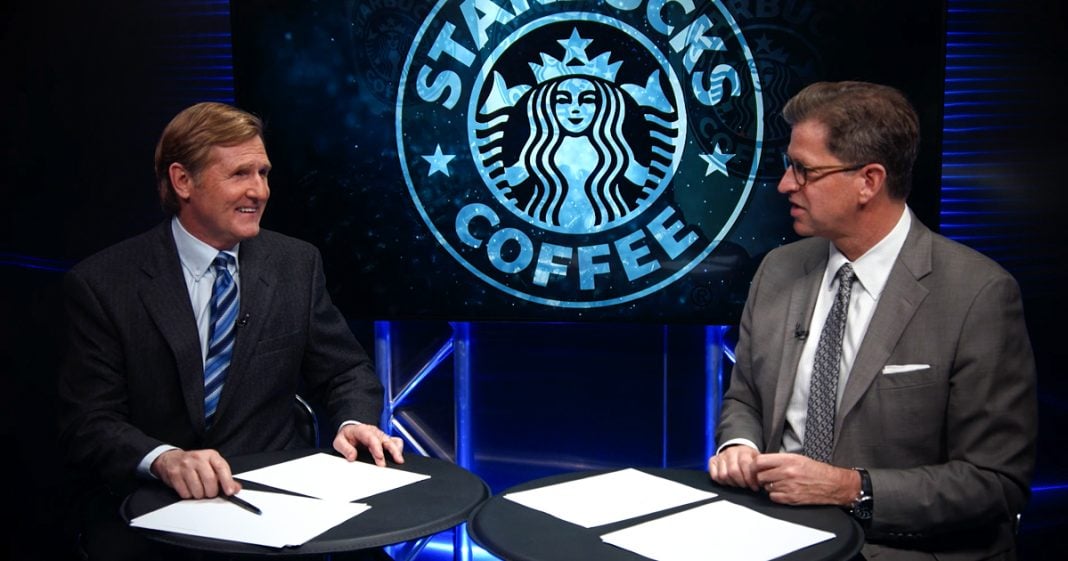 Starbucks recently won a court victory, and they should have, that allows them to under fill your latte. Attorneys Mike Papantonio and Peter Mougey discuss this.

Mike Papantonio: This is an interesting story. It’s a weird little story. Starbucks recently won a court victory, and they should have, that allows them to under fill your latte. According to a recent court ruling, the company was underfilling cups, and even though customers paid for a certain size, Starbucks is allowed to short you, according to this lawsuit on coffee, because they fill it up with topping. You know what? I mean come on. You can’t …

Peter Mougey: There’s so much cool stuff to do as a lawyer right now, to hold people accountable. We just went through some examples. Is this really what we’re doing as lawyers?

Mike Papantonio: I mean you got some cat …

Peter Mougey: I mean it really makes you kind of scratch your head.

Mike Papantonio: You got some cat saying, “Hey, I think I’m going to go after Starbucks for not putting enough coffee in …”

Peter Mougey: It really came down to foam or milk? I like a little foam with my latte. If this is really what you’re doing as a lawyer, you got to come up with some better… It reminds me of that Taco Bell case a few years ago, where they said it didn’t have as much beef in it. As they … So, it says 100% beef.

Mike Papantonio: I mean what, who is the cat out there practicing law that says, “Wow. This is the big one baby.”

Peter Mougey: I’m on to something.

Mike Papantonio: This is the one I’m really going to launch …

Peter Mougey: Which the Taco Bell case got thrown out too.

Mike Papantonio: Well these cases should be thrown. I mean, come on.