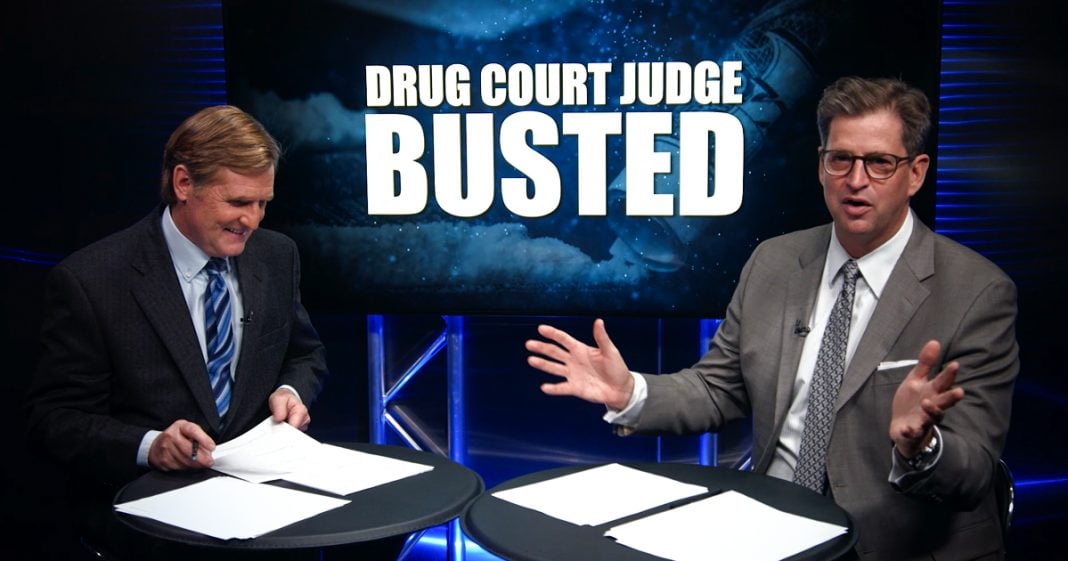 Recently, a drug court judge was disbarred after it was revealed that he had been stealing cocaine from an evidence locker. Attorneys Mike Papantonio and Peter Mougey discuss this.

Mike Papantonio: Recently, a drug court judge was disbarred after it was revealed that he has been stealing cocaine from an evidence locker for his own use and potential sale. So go ahead with this story. There’s so many crazy…. It’s –

Peter Mougey: I mean, this story is shocking. I mean, you have a judge in drug court. So when the evidence comes in, you have to put it in a locker. It’s gotta be under lock and key. You’ve got to make sure it doesn’t grow legs and walk and the judge goes down to the evidence locker and steals it. But he doesn’t just steal it. He brings a little baking powder in his back pocket, substitutes the coke with the baking powder, hoping no one will notice and after a long period of time, he finally gets caught. Then he loses his license and then he appeals. But the appeal was even crazier to me, where he says, “Well, I tell you what. I’ve been volunteering at the homeless shelter and I’ve done some other volunteer work in the community. So I shouldn’t lose my ticket, my bar card,” and the appellate court says, “Look, you’ve made a mockery of the drug court’s principles, turned the proceedings into a sham and farce,” and the guy lost his license. It’s crazy.