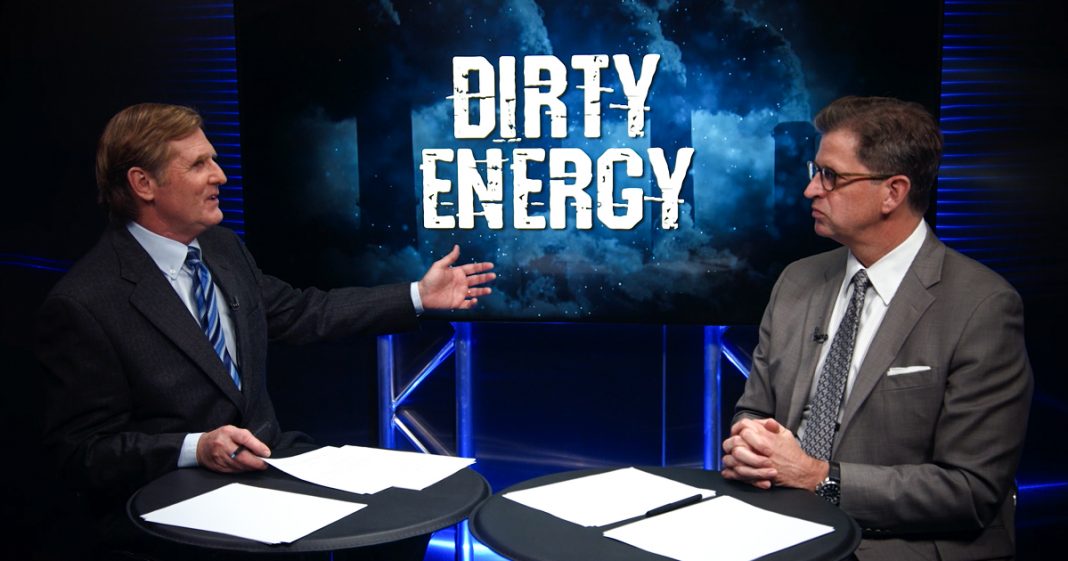 The city of Richmond, California recently became the ninth state to join a lawsuit that’s been filed against fossil fuel companies for not only contributing to climate change, but for covering up the dangers from the American public. These kinds of lawsuits are springing up all over the country, and it may be our only real chance to save the planet, because obviously, Congress doesn’t give a damn. America’s Lawyer Mike Papantonio and Attorney Peter Mougey discuss Richmond, California and other cities wanting their money back!

Mike Papantonio: The city of Richmond, California recently became the ninth state to join a lawsuit that’s been filed against fossil fuel companies for not only contributing to climate change, but for covering up the dangers from the American public. These kinds of lawsuits are springing up all over the country, and it may be our only real chance to save the planet, because obviously, Congress doesn’t give a damn. Regulators don’t give a damn, and the industry itself, well, they would have us all breathe our last breath so they can make another dollar. What’s your take on … This is a great case. I mean, this is Richmond, California. They say, “We want to be paid back all the costs that we’ve lost for paying for your fraud.”

Peter Mougey: I really like this. I’m going to tell you why. I call this the Private Attorney General. We don’t have government doing what they’re job should be. We’ve got the Trump Administration trying to repeal back a lot of what President Obama did with the gasses going into the ozone. We have the water rising. We have water coming into our communities. So, we have these communities pushing back. They’re saying, “Look, if you’re not going to do anything, Mr. Government, I’m going to go ahead and try to invoke it.” What I also really like is some of these huge pension funds and some of these huge endowments, they’re selling their fossil fuel stocks, and we’re not going to participate in this. That’s going to cause some problems. The downward pricing pressure with these huge institutional clients selling fossil fuel stocks, that’s going to make big, that’s going to make big-

Mike Papantonio: Let me give you my call. These cases are winnable.

Peter Mougey: I think so.

Mike Papantonio: The first few cases won’t be won, but once the methodology’s put in place, once all the documents are out there … Exon, you understand that in, is it 2000 to 2005, the chief scientist for Exon, the guy in charge, his name is Black, came forward, and he said, “Listen, we’re creating climate change. It’s not natural. It is occurring, and we’re helping to create it. What Exon did after that, constantly, every year, was they created their own stories. They created, I think, I don’t know, 147 stories or something like that that they had internally where internally, their scientists … About 83 percent of those stories all concluded, “Yeah, we are creating climate change, and we’re responsible.” But what they did, Peter, is less than 10 percent of those stories that ever went out the public, to where the public knew what Exon was doing.

Peter Mougey: Do you know what’s interesting about the theory of these cases, though? What essentially the foundation of that case is is it says, Mr. Fossil Fuel Company, Chevron, BP, whoever it is, you shouldn’t be allowed to profit from your conduct and then push the ramifications on the cities and counties, so when we have water levels rising and we’re having to shore up, like Miami just did.

Mike Papantonio: Yeah, they got the taxpayer to do it.

Mike Papantonio: Yeah, the taxpayers did.

Peter Mougey: The taxpayers are… Why should the taxpayers pay it, and this Mr. CEO of Chevron makes a gazillion dollars and then forcing the ramifications of the conduct on the taxpayers. It’s not fair, and all we’re doing … If you’re going to take the profits, you’ve got to hold the accountability for actions. It seems like a pretty simple formula.

Mike Papantonio: Yeah, it’s a formula that in the end is going to work. Exon has some big problems ahead of them.